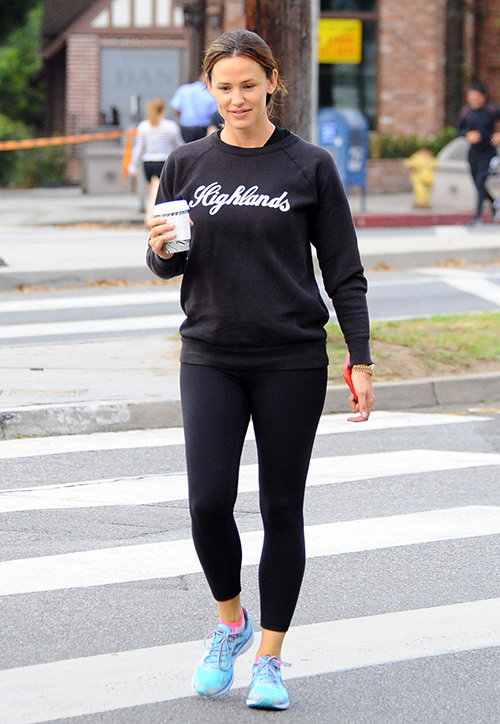 Jennifer Garner was spotted possibly hiding her weight gain in an oversized sweatshirt while she was out and about in Los Angeles once again. Despite the California heat, the Hollywood actress has been making quite the effort to hide her curves under long sweaters and pants.

There’s speculation that she might be losing control of not only her cool but also her carefully crafted family image with her husband of over ten years, Ben Affleck. Sure, the couple might have separated over a year ago, but they’ve remained by each other’s side while trying to raise their three children as co-parents. At least, that’s what Jennifer Garner wants the public to believe.

So, is Jennifer Garner trying to manipulate the media by pretending she’s gained weight? Is Jennifer desperate to have everyone believe that she has everything under control at home even though she doesn’t? Is the actress worried that Ben might leave for good, damaging not only her celebrity mom image, but painting her as a ‘control freak’ as well? It sure doesn’t help that Jennifer is going as far as trying to make sure that Ben stays in the same neighborhood if he does move out on his own. One source told In Touch Weekly, “He feels Jen is trying to control him. She feels like he’s trying to punish her.”

Whatever the case, there’s no doubt that Jennifer is seriously more worried about what the public thinks than whether or not Ben is willing to walk out the door. The love in their marriage has long been dead and Ben has only been sticking around because he knows he won’t be able to see much of his kids the moment he and Jennifer divorce for good.

Jennifer Garner can play the fake ‘baby bump’ card with the paparazzi all she wants, but everyone already knows the truth. The couple have a dead marriage and pretending to ‘stay together for the kids’ will only make things worse before it makes things better. Plus, Jennifer needs to worry more about her kids than the media and herself, for once.

Tell us CDL readers, what do you think? Is Jennifer Garner losing her control over Ben Affleck? Is she indeed worried that he might leave her for good? Let us know your thoughts in our comments section below.