Justin Bieber Cheats on Sofia Richie With Rihanna: Leave London Nightclub Together at 5AM (PHOTOS) 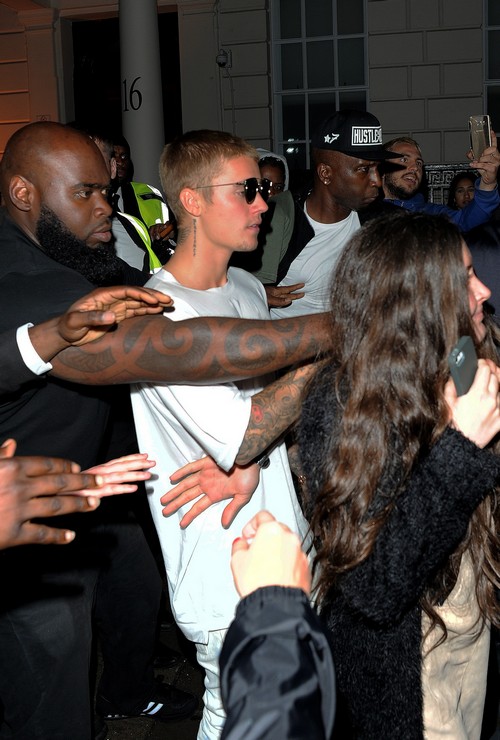 Justin Bieber partied the night way in London with Rihanna and without Sofia Richie. Justin was seeing leaving Tape Night Club together with Riahanna at 5 a.m Saturday, August 20. Is Justin already cheating on Sofia with Rihanna?

Those convinced Selena Gomez and Justin Bieber belong together started hating on Sofia after Justin posted photos of himself with the 17-year-old model on Instagram. Justin wasn’t going to let the rude and hateful comments continue. The singer became very protective of Sofia and threatened to delete his Instagram account if fans didn’t stop.

Selena Gomez couldn’t help but insinuate herself into the situation that exploded on Justin’s Instagram feed. The pop singer told Justin that if he couldn’t “handle the hate then stop posting pictures of your girlfriend lol.” That started an Instagram feud between Justin and Selena which ended with the exes accusing each other of cheating.

Then Justin kept his promise – deleted his Instagram account in order to protect Sofia from further abuse from fans. If Justin loves Sofia so much what was the singer doing out at a nightclub with Rihanna until five-o’clock in the morning?

Rihanna is no stranger to cheating allegations. The singer had been accused of having an affair with Jay-Z that nearly ended the music mogul’s marriage to Beyonce. Is Rihanna now stealing Justin Bieber away from Sofia Richie?

Why get tangled up with Justin and the ridiculous amount of baggage that comes along with him? Sofia doesn’t need to deal with hateful fans and Justin’s bitter ex-girlfriend Selena Gomez who can’t keep from joining in on the hate.

If Justin Bieber’s already cheating on Sofia Richie with Rihanna what’s the point of sticking around until the affair is publicly exposed? Right now any relationship between Justin and Rihanna is speculation. The singers may just have been enjoying a night out at a club in London.

But you need to ask, if you’re man is out with another woman until the wee hours of the morning is there something more going on. Sofia should get out before she ends up as broken-hearted, jealous and bitter as Selena Gomez.

Rihanna and Justin Bieber enjoy a night out at Tape London, United Kingdom on August 19, 2016. They are seen leaving the club at 5am. FameFlynet