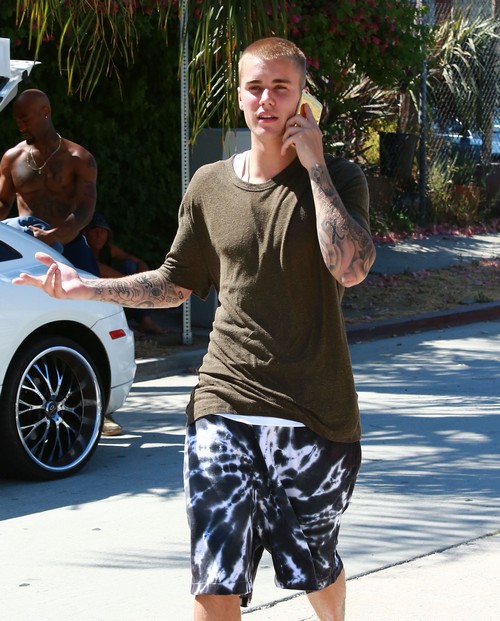 Justin Bieber’s dating life is heating up once again. But this time it doesn’t look like the chart topper is hooking up with rumored girlfriends Kourtney Kardashian or Hayley Baldwin, but a staff member from his team, instead.

It shouldn’t come to anyone’s surprise that Justin Bieber is hooking up with the help because after all, the chart topper is currently single and always out on the prowl and looking for a good time. Yet, his latest romantic tryst might leave his ex-girlfriend Selena Gomez particularly jealous, mostly because she recently hinted that the two might be getting back together again.

Apparently, Justin Bieber is making it no secret that he is hooking up with a member of his house maid and that their relationship is one without any strings attached.

Justin Bieber “has been known to get it on with a few of the staff who work for him around the house,” one source told OK! Magazine, adding, “He’s been busted with a maid who was just a little older than him and had a hot body.”

And while Justin Bieber has been in multiple on-again, off-again relationships, namely with Kourtney Kardashian and Hayley Baldwin, this report is definitely going to send shock waves to none other than Selena Gomez.

The ‘Kill ‘Em With Kindress’ singer shared a Snapchat this week of her teasing a new collaboration with Justin Bieber and dancing to his latest hit, “Cold Water.” Of course, this sent fans into a complete tizzy, with many hoping that a ‘Jelena’ reunion is currently in the works.

While Justin Bieber is clearly on Selena Gomez’s mind these days, it looks like the heartthrob is playing mind games with his former lover. If he is indeed hooking up with a housemaid, he’s either trying to make Selena Gomez jealous or playing hard to get.

And knowing what kind of complicated person Justin Bieber is, and how easy it is for Selena Gomez to fall in love with him again, there’s no doubt that his antics are all part of his plan to ultimately win back his former girlfriend.

So far Justin Bieber hasn’t made any comments about the hook up rumors or his next big step with Selena Gomez for that matter either. Tell us CDL readers, what do you think? Are Justin Bieber and Selena Gomez getting back together again? Is a Jelena revival in the works? Drop us a line with your thoughts in our comments section!