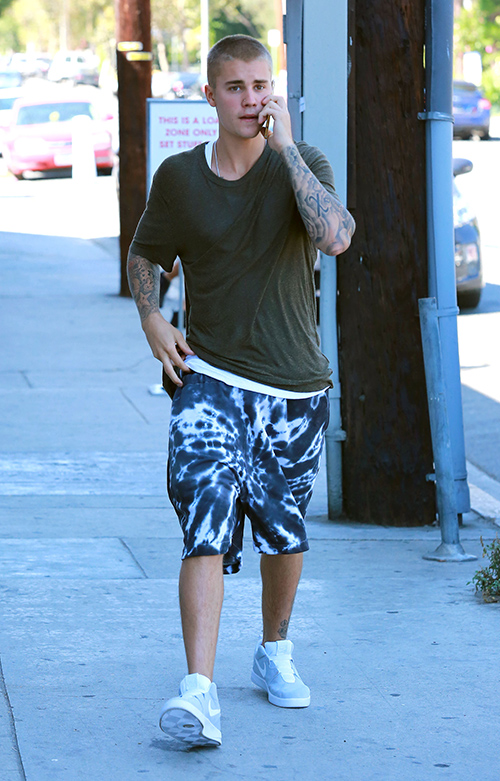 With Miranda Kerr and Selena Gomez both out of the picture now, Justin Bieber and Orlando Bloom’s feud is still ongoing, with both men clearly sending each other messages through the media. Of course, there’s no doubt that Orlando Bloom knew that the paparazzi were photographing him while he was paddle boarding naked with Katy Perry by his side, just like Justin Bieber knew that his naked photos in Hawaii would make headlines once again.

Yet, 39-year-old Orlando Bloom should definitely know better than to taunt a 21-year-old self-proclaimed bad boy like Justin Bieber so openly and publicly. Orlando Bloom’s marriage to Miranda Kerr ended years ago, yet his feud with Justin Bieber just won’t die. Either Orlando Bloom is really obsessed with getting his revenge on Justin Bieber for their Ibiza spat, or the chart topper must have said something so offensive to the actor that he’s still having a hard time letting go of his anger or resentment towards him.

Of course, it definitely had something to do with Miranda Kerr and Justin Bieber’s alleged hook up, but only Orlando Bloom himself knows the truth. Either way, Miranda Kerr is no doubt enjoying seeing her former love conquests battling it out with their manhood on display for the world to see.

Tell us CDL readers, do you think Justin Bieber’s naked photos are in response to Orlando Bloom and their ongoing feud? Should Orlando Bloom quit taunting Justin Bieber? Drop us a line with your thoughts in our comments section below.