Kaley Cuoco Demands More Cash To Continue ‘The Big Bang Theory’: Diva’s Career Will Tank After Show, Tries To Bank All She Can? 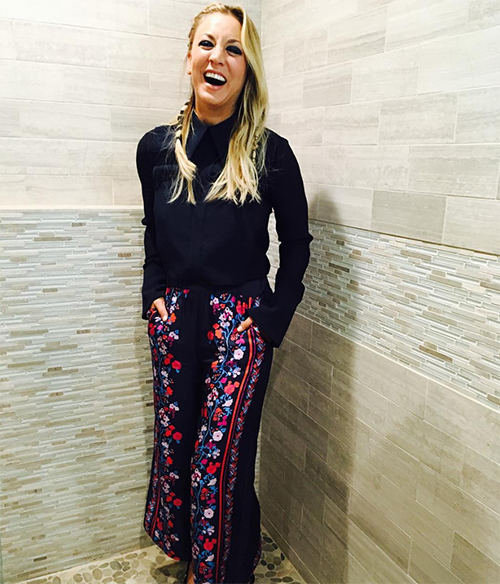 Kaley Cuoco’s response to an ‘expensive’ question might be putting her future career at stake. Kaley Cuoco hinted that she would demand more money if CBS execs asked her to return for yet another season of the popular sitcom ‘The Big Bang Theory.’

Yet, Kaley Cuoco hinted that she’s definitely looking to cash in more than what she’s already receiving for her role as the aloof blonde Penny in ‘The Big Bang Theory.’ In an interview with Jimmy Kimmel on his late night talk show, Kaley Cuoco was asked if she would be willing to play Penny for another season on the long-running CBS sitcom. Kaley Cuoco responded that the show’s cast salaries would be “very expensive” for the network by saying, “It’s a very expensive question… for a lot of people.”

Surely, Kaley Cuoco realizes that as one of the highest-paid actresses on television, her $1 million dollar per show salary won’t last forever. And while her co-stars Johnny Galecki and Jim Parsons have not made any public comments about their ‘The Big Bang Theory’ salaries, Kaley Cuoco’s response once again proves that she realizes her Hollywood career might fall flat right after the show ends. Kaley Cuoco knows that she needs to use every opportunity she has to cash in on her ‘The Big Bang Theory’ success, even if it makes her look like a diva.

Jennifer Aniston’s personal life might continue to be tabloid fodder, but she’s not the A-list star she used to be. Clearly, Kaley Cuoco doesn’t want to follow the same route as Jennifer Aniston and her career.

What do you think, CDL readers? Is Kaley Cuoco’s diva demands already damaging her post-television career? Is Kaley Cuoco in danger of following Jennifer Aniston’s footsteps by being a diva? Let us know.

Mad props to @derekpeterw for my #madmax inspired hair tonight