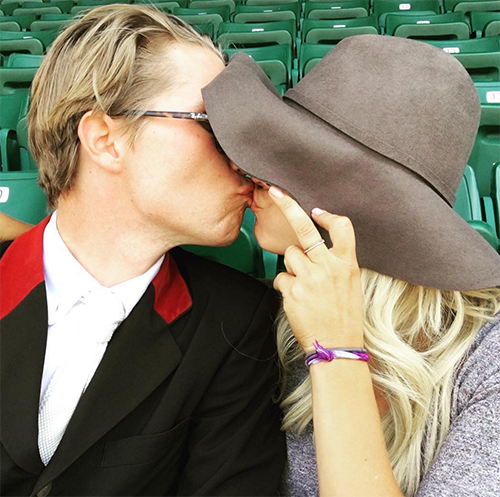 According to a new report, Kaley Cuoco didn’t learn much from her first marriage fiasco, and The Big Bang Theory actress has apparently asked her new boyfriend Karl Cook to move in with her. “Taking it slow” is obviously not Kaley’s forte.

An inside source shared the shocking news in this week’s edition of Star Magazine. According to Star’s insider, “No one can believe it. They’ve only been dating for a couple of months. Sure, Karl’s a decent guy and nothing at all like Ryan, but this is crazy. Did she learn nothing?”

It sounds absurd to think that anyone in their right mind would ask their boyfriend of fewer than three months to move in with them. But, let’s be honest, Kaley Cuoco is never in her right mind when it comes to relationships. The good news is, Karl Cook is definitely a step up from unemployed Ryan Sweeting, so maybe this won’t be half as disastrous as her last relationship.

In hindsight, I guess you could actually say that Kaley Cuoco is being a little smarter. Instead of getting married, she is asking Karl Cook to move in with her first … maybe this little trial run will help her determine whether or not they are that compatible when they are living under the same roof with each other.

What do you guys think, is Kaley Cuoco making a huge mistake asking Karl Cook to move in with her? Or do you think the second time will be the charm? Share your thoughts in the comments below!