Kaley Cuoco Using Johnny Galecki To Get Back At Ryan Sweeting: Big Bang Theory in Practice? 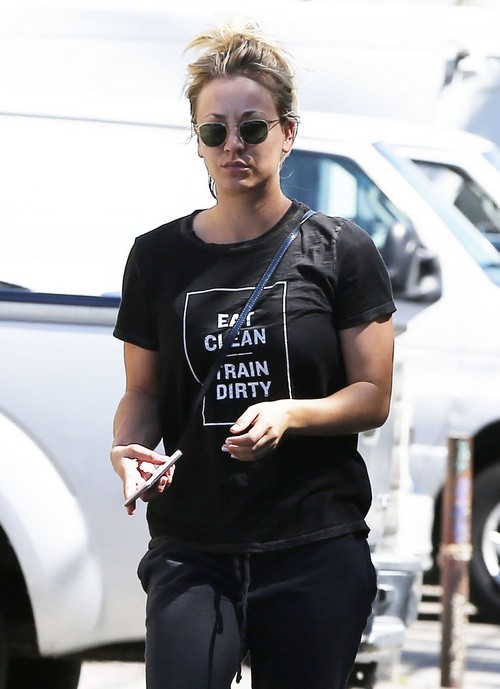 Uh-oh! Looks like “Big Bang Theory” star Kaley Cuoco is now showing her real intentions despite denying once again that she and ex-boyfriend Johnny Galecki have rekindled their two-year romance after the actress’ divorce from ex-hubby Ryan Sweeting.

Apparently, Cuoco is said to be using her former beau and onscreen leading man to get back at Sweeting. The tennis player’s “downer” attitude was reportedly the primary reason why Kaley decided to end the romance. And it didn’t help that Sweeting asked for spousal support since the split.

Kaley Cuoco knows that her ex-husband still has feelings for her, and she’s using this to make him feel bad all the more. First, she filed for divorce. Next, she had their wedding date tattoo covered up with a moth—a gesture which she explained in one of her Instagram posts was a way to “right my wrongs.”

Since filing for divorce, Kaley has been very vocal about the ended-too-soon romance. She even told Ellen DeGeneres when she appeared on the latter’s show last month that “the tattoo was a mistake,” insinuating that her marriage was a big blunder as well.

Now, as if the two weren’t enough, Cuoco is flaunting her time with Galecki to further fuel dating rumors. Obviously, she denied the speculations when they began surfacing and even took to Instagram to insist, “so sorry to disappoint, but no home wreckers or secret flings going on here. Me and @sanctionedjohnnygalecki are just the best of buds.”

Last week, they once again reignited dating rumors after joining their “Big Bang Theory” costars at the 2016 PaleyFest for their show. Galecki, who is 10 years older than Cuoco, even jokingly shared to his followers that he had a terrible time at the panel with Cuoco around.

Johnny Galecki posted snaps of them laughing and captioned it: “Obviously, @normancook and I had an awful time @paleycenter last night. Thanks again to the thousands of amazing fans who made it out.”

We couldn’t help but feel sorry for Galecki though. Cuoco is stringing him along with her scheme against Sweeting. He is not the only man to be involved in this however. After her divorce, Kaley has been linked to other guys like Paul Blackthorne and Sam Hunt.

Plus! This is not the only time that Cuoco got even with her exes. On Friday, DC Entertainment rolled out a clip featuring a lot of TV actors on YouTube. The small screen stars were asked to choose between Batman and Superman as the winner in the “Dawn of Justice” flick, which is slated for worldwide release on March 25.

When it was Cuoco’s turn to answer the question, she made it clear that she’s not in favor of her ex-boyfriend Henry Cavill’s character when she said, “I think Batman would win.” Perhaps, things did not end well between Cuoco and Cavill when they dated in the summer of 2013.

Do you think Kaley Cuoco is just using Johnny Galecki to get back at her ex-husband? Sound off below and follow CDL for more of the latest Hollywood news and gossip!