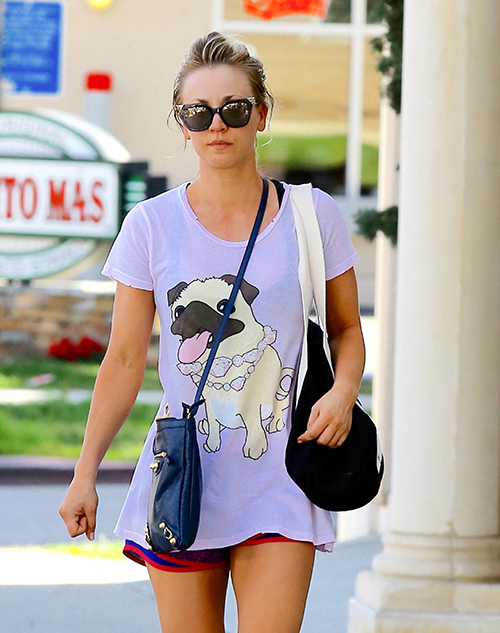 The Big Bang Theory star Kaley Cuoco sat down with Ellen DeGeneres on her daytime talk show to open up about her recent divorce from ex-husband Ryan Sweeting. Kaley got a bit emotional during her chat with Ellen – and even revealed that she got her tattoo in honor of her marriage to Ryan Sweeting covered up already. She wasn’t wasting ANY time!

When Kaley Cuoco married Ryan Sweeting, her friends, family, and media knew that the wedding was a mistake and their whirlwind romance was only going to end in disaster. But, Kaley was smitten with the unemployed former pro tennis player and turned a blind eye to all of the obvious warning signs. Throughout their short, year and half long marriage, divorce rumors were constantly popping up – but Kaley refused to admit that everyone was right and she had made a big mistake marrying Sweeting.

Finally, in late 2015, Cuoco confirmed what we had all expected – she and Ryan Sweeting had filed for divorce and their ill-fated marriage was over. Kaley’s appearance on Ellen was the first time that The Big Bang Theory Actress has really opened up about her divorce – she showed off her new tattoo on her back, which she got done to cover up her wedding date to Ryan, which she had tatted after saying “I Do.”

Cuoco seems in good spirits, and made it very clear when chatting with Ellen DeGeneres that she is moving on from Ryan – and not looking back. The actress explained, “You know, so I already feel like 2016 is going to be a much better year than 2015. And you know, it’s been rough, but things are going good. I’m much, much better now. I’m in a much better place than I was.”

What do you think about Kaley’s post-divorce attitude? Is she really over her former husband Ryan Sweeting all ready – or just putting on a front for the media? Let us know what you think in the comments below!