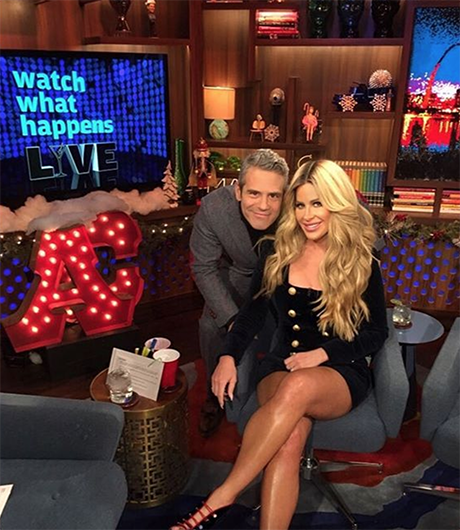 Kim Zolciak is being pushed to tell the truth about all of the plastic surgery and injections. In fact, Andy Cohen himself grilled the reality television star about her changing appearance. It’s without a doubt that Kim doesn’t look like the same person when viewers first met her on ‘The Real Housewives of Atlanta’ back in 2007.

Many of Kim Zolciak’s critics agree that her appearance has changed drastically over the years. There were even reports indicating that Kim’s husband Kroy Biermann was ready to walk out on her because of her plastic surgery obsession. Sources say that Kim has spent so much money on her surgeries that Kroy has had enough. But now that she’s being pushed to tell the truth about it, will she stop? That’s what her fans and critics wants to know.

In fact, even Andy Cohen is urging Kim to stop. During a recent interview of ‘Watch What Happens Live,’ Andy presented Kim with a side-by-side her of her during her first season on ‘The Real Housewives of Atlanta’ and now. 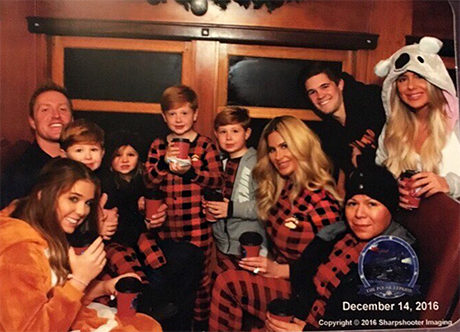 Andy even said, “You don’t think that nose is a little different, Kim? Kim! I could look at this all day. This is the best part of my day.”

Looking visibly flustered, Kim responded with, “If I’m gonna have a nose job, it’s gonna be a hell of a lot shorter. It’s not going to go down into my mouth when I smile.”

So does this mean that Kim is looking to have another procedure done? Or is she simply unhappy with what she has now? Kim has been honest about certain procedures she’s had, but not all. In fact, Kim admitted to getting a boob job, tummy tuck, Botox and fillers, along with butt injections. She also told Andy Cohen that the last time she had lip injections done was over two years ago. Yet, her critics disagree. She also refuses to confirm or deny that she has had a nose job. 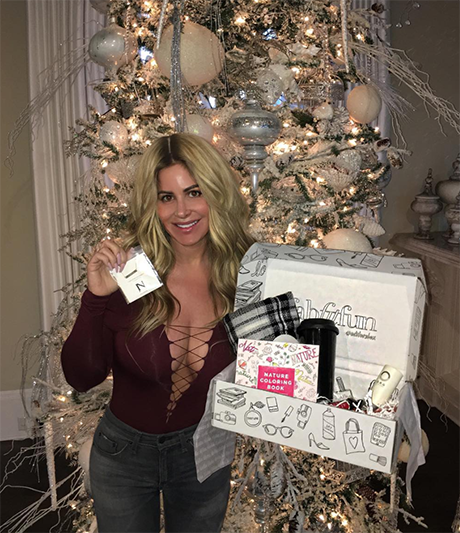 Kim says the reason why she looks so different now is because of different makeup techniques and contouring. Do you think Kim Zolciak will own up to all of the work she’s had? Is she obsessed with plastic surgery? Of course the only person who knows the truth is Kim herself.

What do you think? Drop us a line with your thoughts in our comments section below. Also, check back with CDL for all the latest news on Kim Zolciak.

ALMOST TIME!! My “Believe” @lillylashes that I designed will be AVAILABLE at 9am PST 💋 *Limited Edition* 💄 🌟Link is in my bio🌟 #Believe #CrueltyFree #Bandless #Faux

Ok, I KNOW some of you still have some holiday shopping left to do, so I’m here to tell you about @diffeyewear’s final holiday sale! You can get up to 50% off the entire site!!! I promise you’ll find something for everyone on your list. They have gorgeous bright frames that I rock, and even some more low-key styles that Kroy loves. Check them out at diffeyewear.com and use my code *KIMSale* to get free shipping on top of the already killer deal. One of my favorite aspects about DIFF is that they donate a pair of reading glasses for every pair of sunnies sold – that’s totally a cause I can stand behind! #Partner ❤️