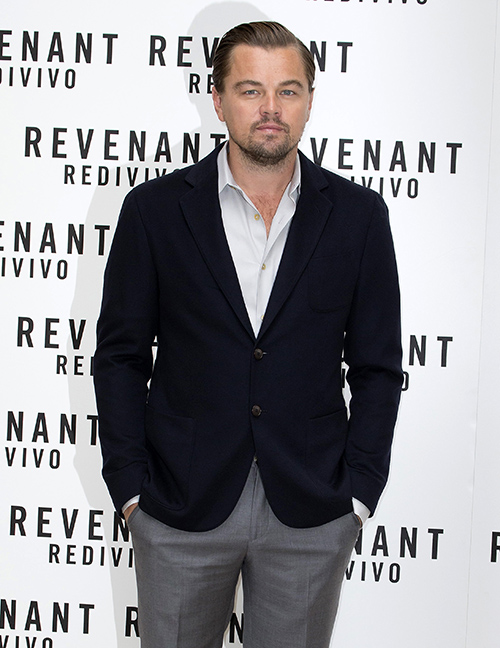 Is Leonardo DiCaprio nursing a broken heart after a breakup with girlfriend Kelly Rohrbach? Was the Best Actor Oscar nominee dumped by the Sports Illustrated model? Did career conflicts drive Leo and Kelly apart?

Leo might be out of a date for the Academy Awards! If DiCaprio does find a date for the glamorous Hollywood event, then it probably won’t be Kelly. Insiders revealed to Star that Leo and Kelly “were spending less and less time together.” Looking back, the source divulged that the couple had not been seen in public together since Thanksgiving.

DiCaprio and Rohrbach are both super busy with their respective careers. Leo spent months filming “The Revenant” in remote locations in Alberta, Canada and the mountains of Argentina. Now, the actor is busy promoting the filming and enjoying his Golden Globe win for Best Actor – and preparing for a possible Oscar win as well.

Kelly’s work schedule is as jam-packed as Leo’s. The model has taken on her first acting job – C.J. Parker in “Baywatch” the movie.

If there is indeed a split, then it was drama free. The friend revealed that Leonardo DiCaprio and Kelly Rohrbach have kept in touch and “plan on staying friends. It just wasn’t meant to be.”

It wasn’t meant to be for Leo with a bevy of beauties. Gisele Bündchen and Bar Refaeli were DiCaprio’s two longest relationships. While DiCaprio remains single, both ex-gal pals have moved on. Gisele married New England Patriots quarterback Tom Brady in 2009 and the couple has two children. Bar married Israeli businessman Adi Ezra in March 2015 – and recently announced she is expecting her first child.

Will Leonardo DiCaprio have a date on Oscar night or will he fly solo? If Kelly Rohrbach is in town, then perhaps the SI model can provide Leo with a little arm candy for the evening. Let us know what you think in the comments section below and come back to CDL for the latest celebrity news.