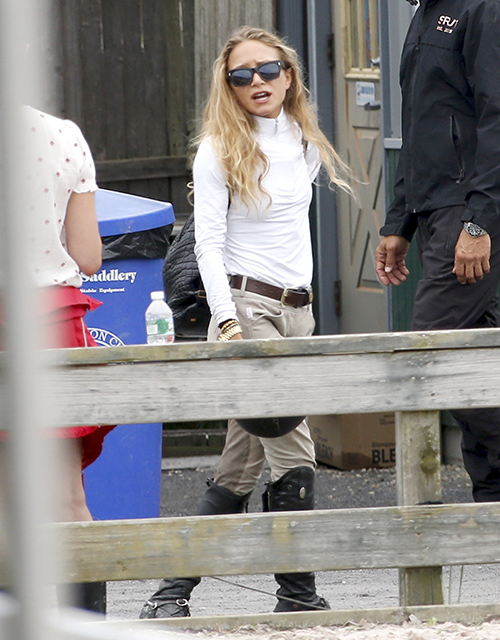 Mary-Kate Olsen’s latest bikini photos are sparking new concerns over the former actress and fashion maven’s health. Many can’t help but notice Mary-Kate’s skeletal and ‘gaunt’ frame when she was spotted vacationing this past week in the French Riviera.

Even though Mary-Kate has always been considered thin, according to Hollywood standards, the blonde beauty is now sparking new concerns about her weight, especially since she previously struggled with eating disorders in the past. This was the first time that Mary-Kate put her body on display, as she’s been covering her frame in oversized clothing back home in New York City. She was joined poolside by her sister Ashley Olsen and her husband, French banker Olivier Sarkozy, at the Hotel du Cap-Eden-Roc on Sunday.

Many comments from critics include, “Mary-Kate looks undeveloped and malnourished. Hopefully she doesn’t have an eating disorder again,” along with, “Mary-Kate is looking really skinny again and fragile. That can’t be a healthy weight for her.”

While no one really knows what’s going on with Mary-Kate health-wise, one thing is for certain: she in no way compares to her sister Ashley Olsen, who looks more fuller and healthier in her swimsuit. Of course, both Mary-Kate and Ashley Olsen have always looked similar in size, but they’ve never looked this drastically different as far as their health in concerned.

Could Mary-Kate be having problems in her marriage with Olivier Sarkozy? Has Mary-Kate made some major lifestyle changes that are now affecting her weight and her health? Then again, Mary-Kate also recently took up show jumping and made her equestrian debut earlier this year. Could her new passion for the sport be causing her to lose weight? Of course, there’s no doubt that her new regimen has most likely taken a toll on her body, especially as she’s now competing with some of the biggest names in the equestrian circuit. Whatever the case, only Mary-Kate knows the truth. 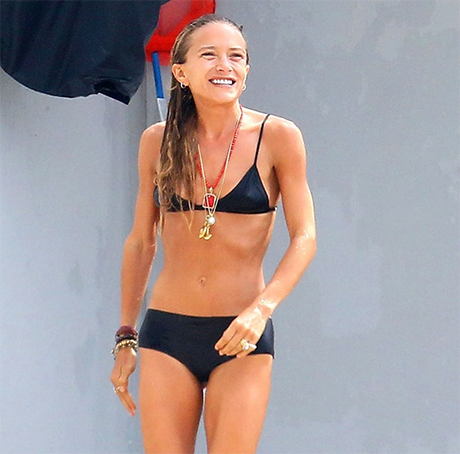 Then again, this might just be another case of Mary-Kate looking too thin in an ill-fitted bikini taken in the worst shots possible by the nearby paparazzi. If Mary-Kate Olsen does indeed have another eating disorder, the truth will come out sooner than later. Tell us CDL readers, what do you think? Is Mary-Kate Olsen looking to thin again? Is she dealing with yet another health crisis? Let us know your thoughts in our comments section below.