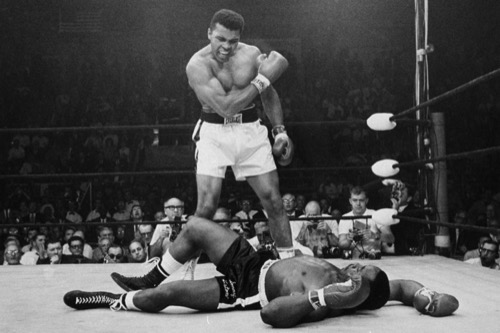 Muhammad Ali was arguably the best boxer that has ever lived, and may be the most influential man in sports to date. Muhammad Ali lost his long battle with Parkinson’s disease on June 3 in Arizona, surrounded by his friends and loved ones.

Born in 1942 as Cassius Clay in Kentucky. In the 1960s, he rose to fame when he earned a gold medal in the Olympics. Feeling very strongly against the Vietnam war, he refused to enlist in the military. It resulted in The Boxing Committee banning him from participating in any bouts for a few years. Once he returned, he earned the heavyweight belt twice—against George Forman and Joe Frazier.

Ali was known in the boxing world for his skill and unrelenting self-confidence. Muhammad has this belief in himself that unmatched any obstacle he faced and believed that he could do anything he set his mind to do.

In 1964, Ali converted to a Black Muslim group (later converted to orthodox Islam in the 1970s). He called himself Cassius X before settling on the name of Muhammad Ali. He was drafted to fight in the Vietnam war in 1967 and refused to fight on the basis it violated his religious beliefs. He was charged with a felony for avoiding the draft, and nearly lost his boxing license over the ordeal.

In the end, The Boxing committee decided to suspend him for a few years, giving him time to settle his legal issues.

He was charged and found guilty of violating Selective Service Laws and sentenced to five years in prison. He appealed the charge and was able to remain free during the appeal process. The Supreme Court overturned his conviction, but the process took three years—and he lost multiple chances to fight – some say Ali lost the best years of his sporting life to this ordeal.

Muhammad Ali decided to retire in 1981 after losing a bout against Trevor Berbick. He felt it was time to retire as he wasn’t able to compete with the younger boxers. He was 39 years old.

Following his retirement, Ali devoted most of his time to philanthropy. In 1984 he announced he had Parkinson’s disease, a degenerative neurological disease. Over the years, he supported the Special Olympics and Make-A-Wish Foundation.

Ali traveled all over the world to help those in need and to tell his story. He explained to his listeners over and over that even when you don’t think you can do something, to keep trying because you will overcome your obstacles if you don’t give up. Even though Ali had Parkinson’s disease, he didn’t allow it to slow him down.  He continued to work for equal rights and other public service projects that were dear to his heart.

His health took a dive in 2015 when he was hospitalized for a severe urine tract infection.  He stayed out of the public eye, and was reportedly “doing as well as could be expected.”  On June 1, 2016,  Muhammad Ali was hospitalized again for a respiratory illness, and hours later was on life support. On June 3, the legendary boxer passed away.

Ali’s family has spoken to the media and revealed that all was aware his time was near, and he embraced death. He talked about the afterlife and felt he lived a great life. He begged them to continue his work and to remember the good times.

Muhammad Ali will be celebrated for years to come as the most legendary boxer to ever set foot in the ring. He is not only remembered for his remarkable athletic skills, but for his willingness to speak up and speak his mind, and the courage to challenge those who tried to silence him.

RIP Champ, we will forever remember your legacy.