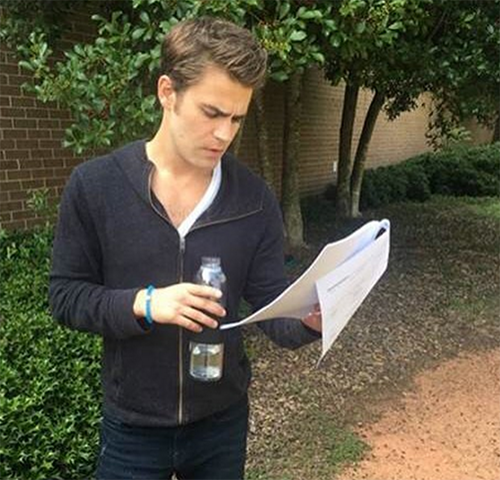 Paul Wesley and Phoebe Tonkin’s relationship might be in jeopardy. In fact, there’s speculation that the couple’s romance might take a toll from all the demands and expectations they are getting, as television execs wants to make sure that ‘The Vampire Diaries’ season 8 is the highest rated season of the entire series.

Since Nina Dobrev’s departure from ‘The Vampire Diaries’ in season 6, the once popular supernatural series saw its ratings plummet. Many critics believe that the only way ‘The Vampire Diaries’ season 8 will bring back viewers is if Nina returns to reprise her role as Elena Gilbert. And since the actress has neither confirmed nor denied her return to ‘The Vampire Diaries,’ the rest of the cast are no doubt feeling the pressure to make sure that season 8 doesn’t end up being a disaster in the ratings department.

That’s probably why Paul and Phoebe haven’t been seen together in public for several months now. Similarly, Nina Dobrev and Ian Somerhalder couldn’t cope with the pressure of working together and having an intimate relationship at the same time. Will the same happen to Paul and Phoebe as well?

Being one of the original stars of the series, Paul knows that ‘The Vampire Diaries’ fans rely both on him and Ian to make the show one of the most successful series of The CW network. Plus, both Paul Wesley and Phoebe Tonkin know that certain sacrifices have to be made for their careers. The celebrity couple’s relationship might end up suffering because, after all, their Hollywood careers are certainly more important than their romance.

Isn’t that the reason why Nina Dobrev left ‘The Vampire Diaries’ in the first place? But, then again, what Hollywood couple has successfully managed to maintain a working and personal relationship without having their lives fall apart? Given Hollywood’s track record of breakups and divorces, not many.

Tell us CDL readers, do you think Paul Wesley and Phoebe Tonkin’s relationship has a chance of surviving? Will their romance suffer because of the stress and pressure of making sure that ‘The Vampire Diaries’ last season is the best one yet for the series? Is the couple in danger of facing the same fate as Nina Dobrev and Ian Somerhalder’s failed romance?

Let us know what you think and of course, check back with CDL for all the latest updates, news and spoilers of ‘The Vampire Diaries’ right here!

Happy birthday to this beautiful babe. You make me a happy man. Love you.