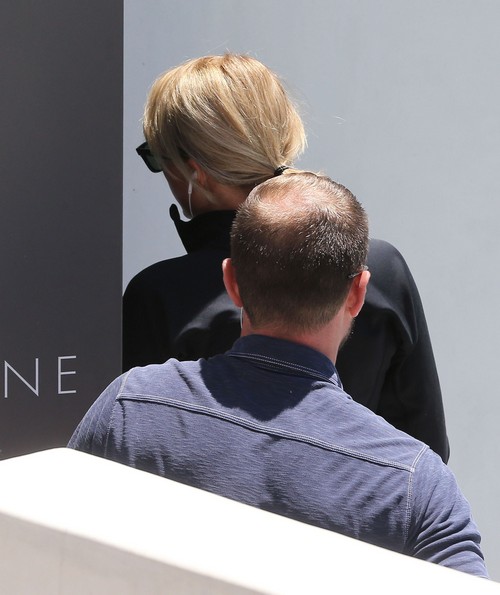 Is Taylor Swift’s success at the top of the charts coming to an end? That’s what fans can’t help but wonder as the “New Romantics” singer failed to pick up any MTV Video Music Award nominations, despite being eligible with three different videos.

In fact, Taylor Swift’s personal life has been overshadowing her career, and not in a good way – just ask Tom Hiddleston’s people. Her break up with ex-boyfriend Calvin Harris along with the Taylor Swift and Kanye West feud over the lyrics to his controversial song, ‘Famous’ has definitely not helped the singer’s reputation at all.

If that weren’t enough, Kim Kardashian’s leaked tapes helped prove that Taylor Swift’s victim game is coming to an end while her constant photo ops with new boyfriend Tom Hiddleson has become completely nauseating, if not a strong case of celebrity over exposure.

And now Taylor Swift is definitely paying the price for all of the drama she helped create. She received zero MTV VMA nominations, even though she has released three music videos in the last year, “Wildest Dreams,” “Out of the Woods,” and “New Romantics.” All three tracks come from her smash album, “1989.”

With Taylor Swift out of the running for any awards, there’s a good chance that she won’t be attending this year’s MTV Video Music Award ceremony. After all, if she can’t be the center of attention, why bother going to an awards show that has you completely shut out?

This of course means it will be a missed opportunity for any Taylor Swift and Tom Hiddleston red carpet moments, although there’s a good chance the Kardashians and Calvin Harris will be there.

And if there’s anyone Taylor Swift wants to avoid running into, it’s her ex-boyfriend and Kim Kardashian’s tight-knit crew. Plus, knowing how much Calvin Harris is trying to seek revenge on his ex-girlfriend, there’s a good chance that he might show up with his new rumored love interest, Tinashe, making things even more uncomfortable for Taylor.

To add salt to her wounds, Kanye West picked up two nominations for ‘Famous,’ including Video of The Year. This of course will definitely upset Taylor Swift even more, given the fact that she long denied giving the rapper permission to use her name in the lyrics to his song.

Tell us CDL readers, do you think Taylor Swift’s career is in trouble here? Is A Taylor Swift meltdown going to happen before the end of the year? What Taylor needs to realize, and fast, is that nobody beats the Kardashians at the PR game, and neither will Taylor Swift – there is no such thing as bad press to the Kardashians – they thrive on it! Drop us a line with what you think in our comments section below.

Singer Taylor Swift is seen hitting the gym by going through the back door in Hollywood, California on July 27, 2016. Taylor has been keeping a low profile as of late after her recent social media feud with Kim Kardashian & Kanye West. Image Credit: FameFlynet