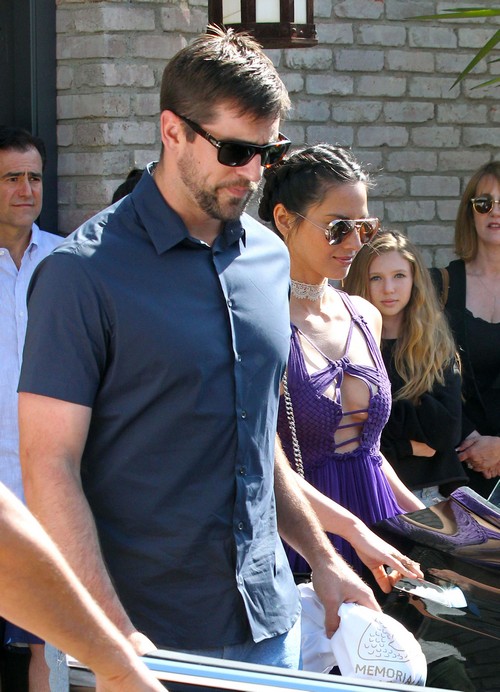 The Bachelorette 2016 spoilers tease that we are going to be seeing a lot of Jordan Rodgers on Jojo Fletcher’s season of the ABC reality TV show. In fact, the media leaked the fact that NFL MVP Aaron Rodgers little brother had been cast on the show before they even began filming.

So far an episode has not gone by that Jordan didn’t make mention of his famous brother or his ties to the NFL. Here’s the ironic part, while Jordan is riding his brother Aaron Rodgers’ coattails and using his NFL connections to try and impress Bachelorette Jojo Fletcher, word on the Internet is that Aaron and Jordan are not even on speaking terms and have been feuding for quite a while.

If Jojo Fletcher was hoping to get a seat in the Rodgers Family skybox… she is going to be sadly disappointed. And, as far as Aaron Rodgers’ famous actress girlfriend Olivia Munn – she doesn’t want anything to do with Jordan, so it looks like Jojo won’t be infiltrating her Hollywood circle any time soon either.

Although it is unclear what exactly started the Rodgers brother feud, we have a sneaking suspicion part of it has to do with Olivia Munn. Remember Jordan’s ex-girlfriend Brittany Farrar that blasted him online for being a cheater? She’s Olivia Munn’s best friend, awkward! And Olivia actually clicked like on Brittany’s Jordan-bashing post and co-signed on it. Double awkward!

Aside from the fact that Jordan cheated on Aaron’s girlfriend’s BFF, we’re going to assume the rest of their brotherly feud stems from Aaron’s success and Jordan’s lack-of. Aaron is probably a bit upset that his brother is an MVP and he “rode the bench” as Brittany Farrar put it.

Plus, its safe to say Aaron is a little sick of his bro Jordan riding his coattail and using his brother’s name to benefit himself. Why do you guys think Jordan Rodgers was cast on The Bachelorette?

You have to admit, it is pretty funny that Jordan Rodgers can’t stop tossing his brother’s name around on The Bachelorette, when in real life he and his brother aren’t even friends on social media. Will Jojo Fletcher be disappointed when she finds out the truth? Is she just riding Jordan’s coattails, while he rides his brother’s coattails? Let us know what you think in the comments below and return to CDL for all your Bachelorette 2016 news and spoilers!

Joel Silver’s Annual Memorial Day Party at his house in Malibu, California on May 30, 2016 by FameFlynet – Aaron Rodgers and Olivia Munn – Jordan Rodgers

🌹Riding the bench doesn’t get in the way of a relationship, but cheating does. #yourpitchisntperfect @jrodgers11 #alwayswantedtobefamous #dreamscometrue #tuneinnextweekformoreBS 😝@bacheloretteabc