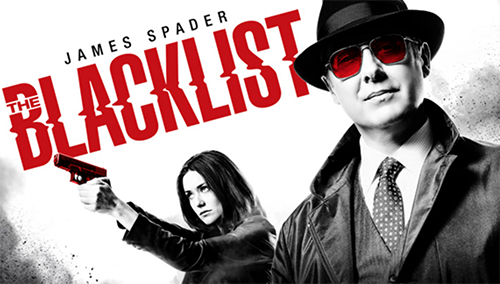 Is Elizabeth Keene really dead on The Blacklist, or did Raymond Reddington just pull off the greatest death hoax of all time? NBC’s Blacklist spoilers teased that this week’s episode would be one for the books, but no one was prepared for that heart-wrenching death scene in the ambulance, in which we said goodbye to Megan Boone’s character Liz after she gave birth to her and Tom Keene’s daughter Agnes.

The Blacklist fans are not completely convinced that Elizabeth Keene is dead though – despite the fact that Nik called her time of death and was not able to revive her, Red sobbed over her dead body, and she was loaded into a body bag and carted off in the back of a van. And for good reason, can The Blacklist really go on without its central character?

The last few episodes of The Blacklist have focused on Red trying to protect Elizabeth from an unknown enemy that hired Solomon to kidnap her and bring her in alive. Liz was convinced that the person behind the attacks was her not-so-dead mother; however, Red insisted that wasn’t the case. This wouldn’t be the first that Red faked Elizabeth’s death to “keep her safe.” Although his idea of “keeping her safe” is sort of a gray area.

Is it possible that Raymond Reddington faked Elizabeth’s death? Red has state-of-the-art medical tools at his disposal and money is not an option. It wouldn’t be far-fetched to think that Red got his hands on some sort of drug that put Liz in to some sort of a coma that made her appear dead – even to a trained medical professional.

So far NBC is remaining mum on Megan Boone’s status on The Blacklist, so there is a chance she could pop up a few episodes down the road, very much alive. That baby bump Liz was rocking was not a prop. Megan Boone is actually pregnant in real life. So, her character’s fake death could have been NBC’s way of ushering her off the canvas for maternity leave. Or it is also possible that Megan told TPTB that she wanted to leave the show indefinitely to care for her baby – so they killed off Liz.

What do you guys think? Is Elizabeth Keene really dead on The Blacklist? Or did Red fake her death to protect her from Solomon and his men? Let us know what you think in the comments below!