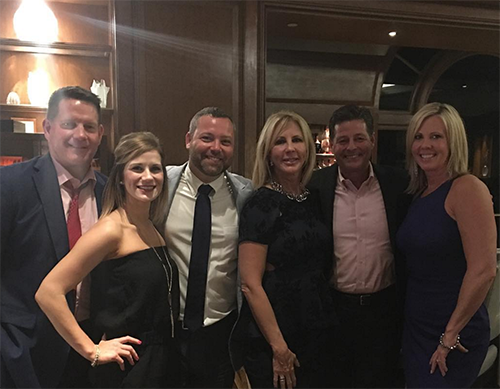 ‘The Real Housewives of Orange County’ season 11 cast reportedly want Vicki Gunvalson fired. The ladies are sick and tired of Vicki’s lies and the original ‘RHOC’ manipulative ways. Real Mr. Housewife has the exclusive details on what is going on while filming season 11, which is expected to start airing sometime this summer on Bravo.

An insider revealed that Vicki has angered each and every one of the ladies yet again. Apparently, a lot of forgiveness was given to Vicki by her co-stars following season 10 of ‘The Real Housewives of Orange County.’ That has all gone out the window as the ladies film season 11.

Yet, another source stepped forward and divulged, “Vicki is a liar and a manipulator and while many friends tried to forgive her for what they still believe was her involvement in the Brooks drama she has proven once again she cannot be trusted.”

Will this be Vicki’s last season of ‘The Real Housewives of Orange County’? Is it possible Bravo will fire the only original cast member of the network’s very first show in the franchise? A third source says that Vicki probably won’t be asked back for season 12. “No one wants anything to do with her whatsoever,” the insider said.

Is the drama spilling over into the new season over Brooks Ayers cancer lies and the ‘RHOC’ cast members’ belief that Vicki was somehow involved? Or is this new drama? Does it have anything to do with the new guy in Vicki’s life?

Vicki Gunvalson has been busy posting about a new love on Instagram. It appears she started dating the yet unnamed man about a month or so ago. All followers know is that this new man loves the country and has either been involved in politics or law enforcement as a career, according to Bravo’s The Daily Dish.

The other ‘RHOC’ ladies may not want Vicki Gunvalson back after season 11 but how do viewers feel? Fans will need to wait and see what goes down with Vicki and the other housewives before they can weigh in on whether or not Bravo should fire Vicki.