The Walking Dead Season 7 Spoilers: Negan’s Past Revealed, The Kingdom is Coming – Cast Knows Who Died in Finale 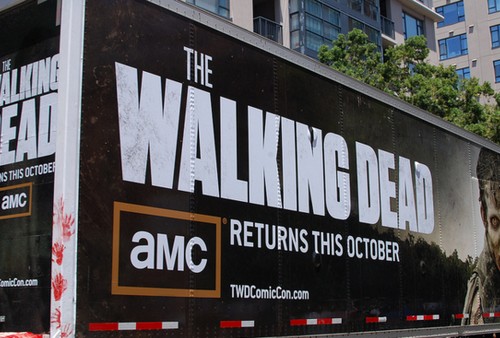 “The Walking Dead” spoilers for Season 7 are leaking as shooting starts down in Georgia and we’ve got a couple of good sneak peeks today on Negan (Jeffrey Dean Morgan), The Kingdom and more speculation on who Negan took out in the Season 6 finale.

First off, in the comics Negan was a used car salesman, but we weren’t sure if TWD showrunners would go that route or give him a more dangerous past. Although as most people can attest to, used car salesman can be quite terrifying…

JDM did a couple of interviews recently, where he indicated that the used car guy is the past the writers are going with and are fleshing it out a little from there. And (SPOILER ALERT) in the comics, Negan and Carl Grimes (Chandler Riggs) have a strange relationship.

Carl and Negan share a quasi-friendship with the undertone of Carl wanting to kill him and Negan having a grudging respect for the kid. This is HUGE in the comics, yet The Walking Dead showrunners have said they might truncate this, play it out faster, or give that relationship to someone other than Carl.

That would be crushing to comics fans, so let’s just hope that’s a redirect to confuse fans and it will play out as written in the books – we need more Carl! Also of interest, remember that jail cell that Morgan Jones (Lennie James) was building at the end of The Walking Dead Season 6?

If all goes as we expect, Negan will call that cell home once the other communities unite and rise up against him in Season 7 but they will let him live (if they follow the comics). But that surely won’t happen until way late in TWD Season 7 perhaps even in the second half of the season.

Also, the chatter that says the actors don’t know who Negan killed seems to be bunk. Noah portrayer Tyler James Williams (he of the revolving door death) revealed that he knew in the middle of Season 6 who would fall to the bat, but it’s just easier for actors to say they don’t know.

More big news is it definitely looks like The Kingdom is coming! Most “The Walking Dead” fans already guessed that when they saw the armored men on horseback helping Carol (Melissa McBride) and Morgan, but now it looks like they’re staying true to the comics with the community setting. 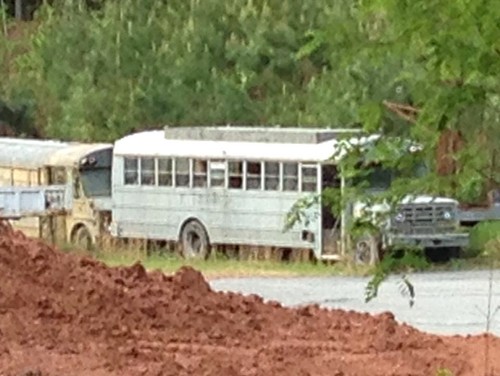 These buses were spotted at a set up for a Season 7 shoot in Georgia and The Kingdom community from the comics is a school surrounded by a perimeter of buses plus walls outside of that. Looks like we’ll see that set much as it was in the comics which is great news.

Melissa McBride did a recent interview with the LA Times where she said Carol and Daryl (Norman Reedus) would be on parallel but separate storylines in Season 7 so we can expect that she and Morgan will hang at The Kingdom while she recovers.

And according to ComicBook.com, showrunners are “trying” to work Shiva the tiger, Ezekiel’s beloved pet, to the show. With fans absolutely outraged at the shocking Season 6 finale cliffhanger, seems like a large feline might go a long way to placate their anger. I’d tune in to see Carol pet a big cat, wouldn’t you?