The Young and the Restless Spoilers: Was Justin Hartley’s Girlfriend Chrishell Stause Cast to Appease His Demands? 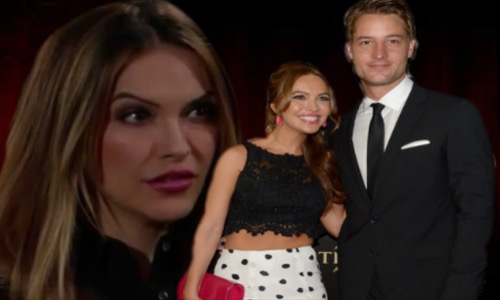 “The Young and The Restless” (Y&R) spoilers reveal that it’s likely only Justin Hartley, aka Adam Newman, that’s thrilled with the casting of his real-life girlfriend Chrishell Stause as new Genoa City resident Bethany Bryant.

With Sofia Pernas (aka Marisa Sierras) and Robert Adamson (aka Noah Newman) being cut back and Kristoff St John’s (aka Neil Winters) screen time slashed, we have to wonder how there’s room in the budget for a new recurring cast member…

Was the casting of Chrishell Stause a move to placate fan and showrunner favorite Justin Hartley and keep him with “The Young and The Restless”? Hartley has been busy with other projects and clearly he’s a major talent, but if this was a bid to keep him at Y&R, could it end up hurting the show instead?

Other Y&R players may not be pleased at a new recurring player when times are tight at the CBS soap and with a cast that’s already bulging at the seams. Plus, we have to wonder if Hartley’s girlfriend on the cast, will that foul up his on-screen chemistry with Melissa Claire Egan (aka Chelsea Newman)?

Fans are already abuzz wondering if Justin and Chrishell will share an onscreen romance. Even if the character Bethany isn’t written for a Genoa City romance storyline with Adam, their real life romance will be a major distraction for fans.

Have the surviving execs at Y&R fouled up the show in a big way by trying to keep Hartley satisfied? The Christian baby storyline teased a shakeup for Chelsea and Adam, but with the idea in mind that Adam might end up with Sage – but she was killed off. Chrishell’s presence on the set changes everything.

Will Justin Hartley’s female co-stars feel awkward getting romantic with him with Chrishell on set? Adam and Chelsea have had some STEAMY sex scenes – will the dynamic shift and the heat sputter out now that Hartley’s GF is on set? Will Chrishell Stause lurking around foul things up?

Will Y&R ratings continue to tumble after this misstep? Could the casting of Chrishell Stause be catastrophic for the CBS soap? Share your comments below and check back with CDL for day ahead “The Young and The Restless” spoilers, news and more.