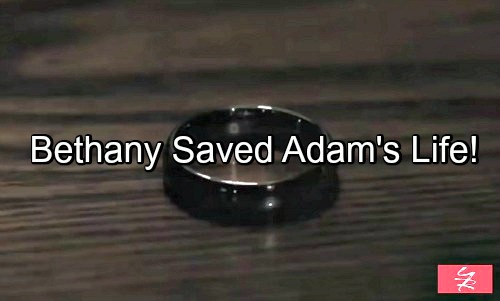 The Young and the Restless (Y&R) spoilers teased Adam’s (Justin Hartley) second departure from Genoa City and now present the person who saved his life. Now, as the fictional characters on the show cope with his apparent death, real life viewers are wondering how, not if, Adam Newman somehow survived and is alive. Is it possible that Bethany Bryant (Chrishell Stause) was involved in saving Adam’s life?

In-jokes can be used as cool ways to connect more deeply with a seasoned audience. In this instance Y&R hired Justin Hartley’s fiance, Stause, shortly before he was set to depart the show. Stause appeared as a bartender at the Genoa City Athletic Club restaurant earlier this year. Bethany was initially dropped into the Wisconsin scene as a temporary love interest for Billy (Jason Thompson). 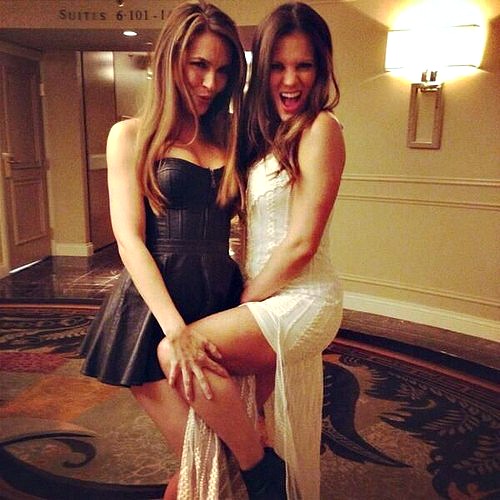 Philly eventually used Bethany as a cover for a motorcycle accident that Billy and Phyllis (Gina Tognoni) had been in. She assumed the role of Billy’s girlfriend and helped to maintain the secret couple’s cover. Bethany’s motives weren’t fully altruistic, as Billy helped to take care of her material needs.

Jill (Jess Walton) began referring to Bethany as Brittany, which was hilarious. She believed that Billy’s latest fling was another distraction from the serious pursuit of reconciliation with Vickie (Amelia Heinle). Of course, Jill later learned about Philly, which made her ‘Villy’ reunion plans that much harder to accomplish.

Bethany was last seen taking a duffel bag, packed with $3 million in negotiated hush money, out of Victor’s office. She agreed to play the role of the mystery woman who was caught meeting with Victor on Walworth’s video cameras. That woman was believed to be the one who had framed Adam for murder. Of course it wasn’t Bethany, but was Chloe (Elizabeth Hendrickson).

Victor genuinely seems to believe that Adam died. The reaction shot, seen after Nick relayed the tragic information, surely confirmed that point. But, it’s possible that he did direct Bethany to remain in town in order to help with Adam’s escape, even though that order wasn’t shown on-screen.

It’s also plausible to believe that this schemer opted to hide out on her own in hopes of gaining a subsequent payday. Bethany could have been hiding in the woods, happened upon Adam after Chloe shot him with a dart gun, pulled him out of the cabin and helped him get medical attention.

Unless he dragged himself out of the cabin on his own, someone helped Adam to flee before it all went boom. Why not Hartley’s fiance who played and may still be playing the role of Bethany? Could it be Bethany’s gloved hands that replaced Adam’s wedding band in the drawer?