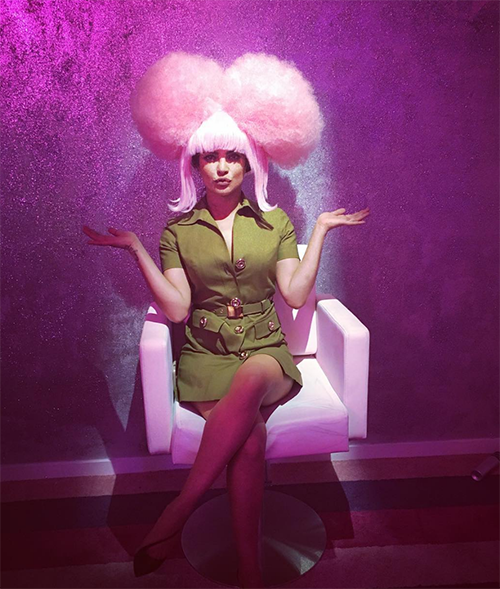 Tom Hiddleston and Priyanka Chopra’s romance rumors definitely have Taylor Swift feeling jealous and hurt. There’s new speculation that the British actor was caught flirting and exchanging phone numbers with the Bollywood star during the Emmys Governors Ball in Hollywood on Sunday night.

Are Tom Hiddleston and Priyanka Chopra the celebrity world’s newest couple? How does Taylor feel about seeing her ex-boyfriend move on so fast after their very public breakup? Is the actor out to get his revenge after being humiliated by the ‘Bad Blood’ singer? That’s what fans want to find out as everyone is talking and Tom’s major move on Priyanka during the Emmys.

Of course, if Taylor is in fact feeling jealous and hurt over seeing Tom with another woman, she shouldn’t be feeling surprised. After all, Taylor Swift did this exact same thing when she dumped Calvin Harris earlier this summer only to step out with Tom a week later. When it comes to the celebrity dating world, what comes around goes around. For Taylor, seeing Priyanka Chopra as Tom Hiddleston’s rebound girlfriend has definitely got to sting.

According to E! News, Tom was making it no secret that he was out to get Priyanka’s number on Sunday night. Sources say that the actor was “openly flirty” with the beautiful actress, as if he knew that his actions would be making headlines the next morning. If there’s anything that Tom Hiddleston learned from dating Taylor Swift, it’s the celebrity PR game and how easily anyone can manipulate the media.

One source told the site, “Tom had his arm around her and held her close. Afterwards, Tom and Priyanka talked closely and were holding hands at one point for a few moments. Priyanka fixed Tom’s bow-tie and then the two kissed on both cheeks. Priyanka and Tom said goodbye and she told him that she will see him later. They left the event about a minute after each other.”

If Tom does end up officially dating Priyanka, it will no doubt send Taylor into a tailspin. Surely, no woman wants to see their ex-boyfriend move on with someone as glamorous and beautiful as Priyanka Chopra. Taylor Swift will be left fuming if she finds out that their relationship ends up being the real deal. What do you think, CDL readers?

On set Queen! Thank you DP Tony wolberg @away_to_sea and my crew for always making me feel like one! #onsetshenanigans🎬 #MissworldWave even on a rickshaw ! #QuanticoS2 25th sept