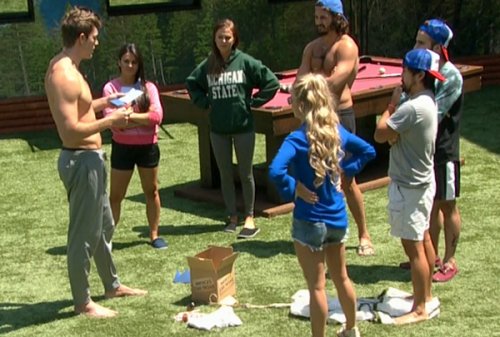 Hot Big Brother 18 spoilers from the Live Feeds reveal that the latest BB18 America’s Care Package went to Corey and it’s doubtful that it will impact Week 10 nominations. Since he and Nicole were basically co-HoH anyway since she always does what he asks, it’s no biggie.

In Corey’s care package was a jock strap, snacks, some Ray Bans, candy canes and the advantage. He read that it’s the BB Bribe and is the final Care Package of the season. He gets to offer $5k to someone to do something to benefit his game.

It says that the person who accepts it MUST do what they agreed to and it expires after the next HoH comp. If he decides not to use the bribe, it will be invalid and no one will get the money. In a second envelope was a card with the $5k bribe amount listed on it. 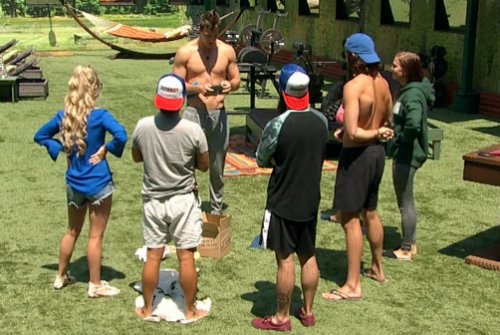 The bribe can be made in public or in private and the bribe does not have to be revealed to the rest of the BB18 houseguests. At this late stage of the game, it seems unlikely that $5k could move anyone to do much – unless they were already planning on doing it and accept the bribe for the heck of it.

Last night on the Live Feeds, Paul and Victor were appealing to viewers to send them the package. Obviously, their begging was not effective – but Nicole had much better results by pleading with James. It landed her in the HoH room for Week 10!

Nicole talked overnight and this morning with Corey about her nominations but held off on making a final decision about noms until the Care Package reveal because she was worried it would be an HoH takeover. 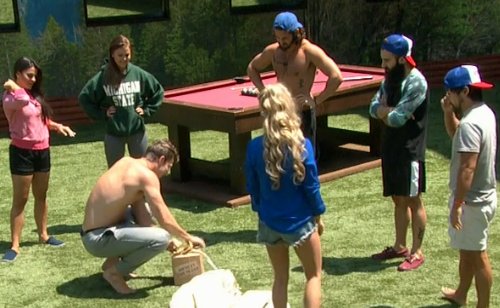 Now that a powerful Care Package didn’t land, Nicole is free to continue with her plans. She seems dead set on targeting Michelle as a Week 10 nomination. Looks like the “snake” comment has been heavy on Nicole’s mind and she can’t forgive it.

Shockingly, she’s also let Paul buzz in her ear and is considering putting up James beside Meech but telling him that he’s a pawn. However, Nicole also made it clear that she’s 100% fine if James is the Week 10 evicted. It seems like evicted and returned Victor might be safe this week.

We’ll see if this plays out when Nicole makes her nominations later today. We’re also wondering if Corey will find a way to bribe Nicole to do something so that she gets the money. He can ask her to make a certain nomination that he knows she wants.

Alternately, Corey can hang onto the bribe and try to use it in the next HoH since it will still be good until then. What do you think BB18 fans? Did you vote for Corey to get the America’s Care Package? Share your comments below and who you hope Nicole nominates in Week 10.

Check back with CDL often for the latest Big Brother 18 spoilers including an update on the Week 10 nominations.