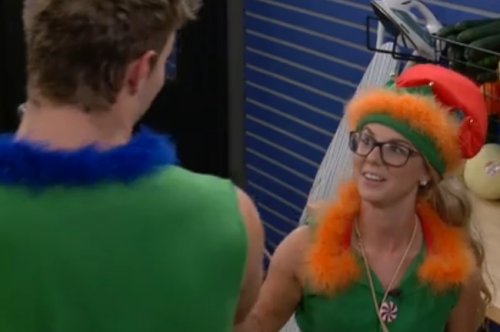 New Big Brother 18 spoiler from the Live Feeds show that Week 10 HoH Nicole is also the Week 10 PoV winner. This leaves her with the choice to get blood on her hands and backdoor the other showmance or leave Paul on the block as a pawn against Michelle.

The Week 10 Power of Veto comp was a Big Brother staple – the counting competition of “stay or fold” which Nicole lost in BB14 when Cody Calafiore (brother of BB18’s bawling Paulie) won it. Nicole didn’t want more blood on her hands, but may have had no choice in the comp. 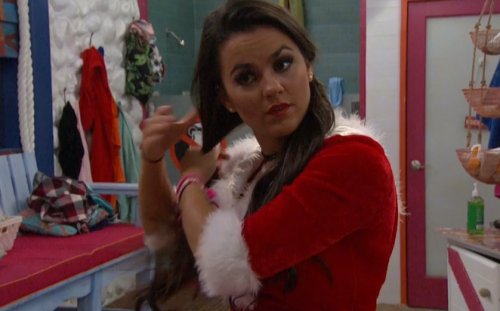 Natalie played host in the Christmas themed comp and Nicole would have been okay with Victor, Paul, or Corey winning it but James or Meech would have been an issue so perhaps Nicole was forced into the Power of Veto comp win.

If you’ve been watching the Live Feeds, you’ll know there’s a new alliance in the house called “Final Four” made of Nicole, Corey, Paul and recently un-evicted Victor. The plan this week was to backdoor Natalie and James if they were able to pull Paul off the block. 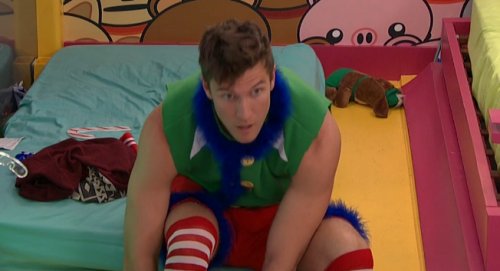 Nicole wanted Victor to win the PoV so he would be immune from nomination and could pull Paul off the block. However, it didn’t work out that way. Nicole has been torn between wanting to send out James or Natalie as a backdoor option and blindside them.

However, with Nicole the one who would have to pull down Paul and renom one of the other showmance partners, she might wimp out and leave Paul up. But this would also put blood on her hands because Natalie and James would vote to evict Paul and Corey and Victor would vote against Meech. 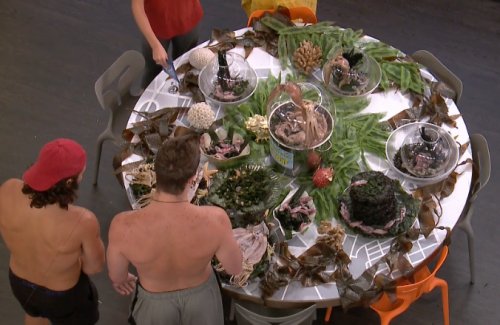 That means Nicole would break the tie which would put blood on her hands anyway because it would reveal that she is no longer sticking to her showmance alliance with Natalie and James. Before the Veto Meeting on Monday, Nicole has to decide if she’s ready to make a big move.

Also on Saturday, the Have Nots were revealed and a really awful menu was delivered. The first two out of the comp were declared Have Nots which means Victor and Corey. When the houseguests were allowed in the kitchen, they found a huge assortment of stinky food on the table. 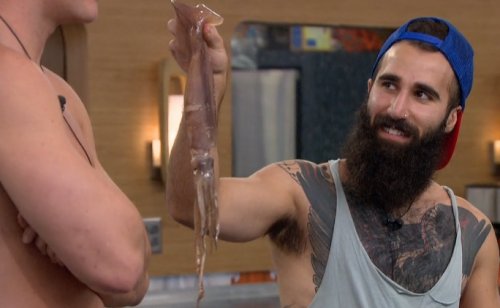 It was an assortment of squid and seaweed and that led to James and Paul chasing people around the kitchen waggling squid at them and all the HGs complaining about the stench permeating the kitchen. Natalie and Meech munched on some of the seaweed chips but the guys are clearly not happy.

Paul offered to take the Have Not punishment for Corey if he wanted to use the BB Bribe to get him to take his place on the punishment menu for the week. Corey declined although Nicole might have preferred he do it since she’s sleeping alone up in the HoH room instead of cuddling with her guy. 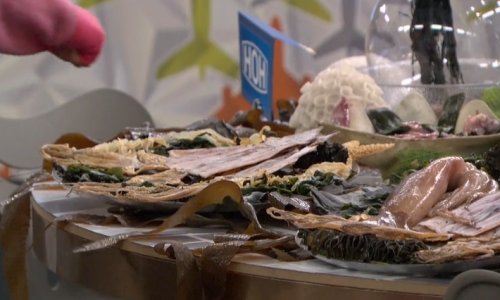 Stay tuned to CDL for all the latest Big Brother 18 spoilers including the results of the PoV meeting on Monday.