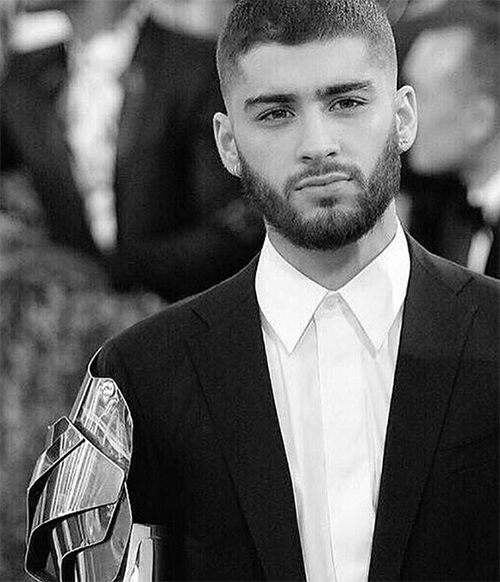 Are Zayn Malik and Gigi Hadid on the verge of a break-up? Appearances can be deceiving. Despite how happy Gigi Hadid and former One Direction singer, Zayn Malik appear on social media, a new report reveals that they couple has been fighting non-stop behind the scenes, and the odds of them staying together much longer are slim to none.

Zayn Malik and Gigi Hadid are one of Young Hollywood’s hottest couples – but behind closed doors, the musician and model have been reportedly fighting like cats and dogs. This week’s edition of Life & Style Magazine reveals that Zayn and Gigi’s biggest problem is his ex-fiancee Perrie Edwards, he won’t stop talking to her!

An inside source dished to Life & Style Magazine, “Gigi keeps catching Zayn talking to his ex-fiancee Perrie Edwards.” Apparently, their drama even but a damper on Hadid’s 21st birthday celebration – the Victoria’s Secret model and Zayn Malik had a massive fight over Perrie right before the big party!

The tabloid’s inside source went on to say, “Zayn is just not sure he can fully commit to her. He’s enjoying his fame and may want to keep his dating options open. They’re definitely on the rocks.” In Zayn Malik’s defense, he was in a relationship with Perrie Edwards for three years, and then right after their break up, he dove head first in to a relationship with Gigi Hadid. He’s been tied down for a long time, maybe he just needs a little bit of freedom.

Regardless, Gigi Hadid has apparently given Zayn Malik an ultimatum. If she catches him talking to his ex one more time … it’s OVER. Sadly, we don’t really see this couple making it through the summer. What do you guys think? Is this the beginning of the end for Malik and Hadid? Share your thoughts in the comments below!