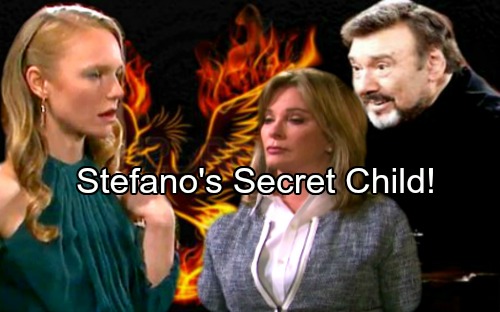 Days of Our Lives spoilers for spring 2018 tease that Marlena Evans (Deidre Hall) and Abigail DiMera (Marci Miller) will have a storyline together. The two women are an unlikely duo, but a new mystery will have them join forces.

The soap films several months in advance, but hints of Stefano DiMera are already being dropped. Since Joseph Mascolo passed away, he can’t come back. There were rumors of a recast, but fans were very vocal that it would be a disgrace to his memory. It seems that head writer Ron Carlivati has figured out a way around the obstacle. 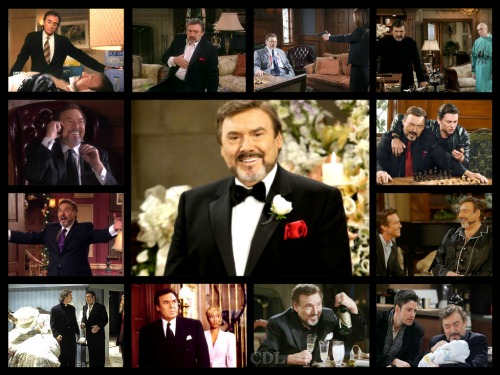 Days of Our Lives spoilers confirm Marlena and Abigail will share scenes together. It seems that it must have something to do with the DiMeras. Thaao Penghlis, who plays Andre, already teased that the family will be back on the front burner. With several references and mentions of Stefano, the soap seems to be foreshadowing his return.

How will they do this without recasting the role of Stefano DiMera? He can still be the central focus of a story without actually appearing. Recalling memories, finding letters, the introduction of new characters that are linked to the man are examples. Fans love a good mystery, especially when Stefano is involved.

The family is dwindling and it makes sense to bring new people into the mix. At least one of the newcomers will probably be a secret child of Stefano’s. Like with many storylines, there will be puzzles to solve. It is suggested that at least one new character, most likely Tyler Christopher, will turn out to be a DiMera. 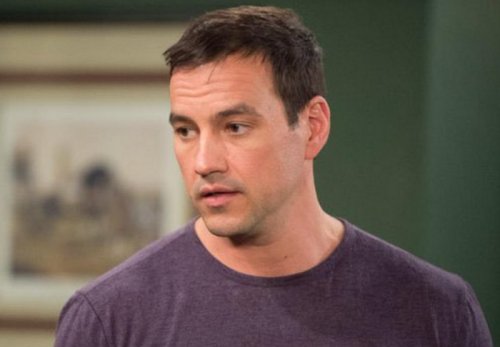 As the storyline progresses, it will be revealed that Stefano had a lot of secrets from his family. One that was never revealed before his passing is Andre DiMera’s (Thaao Penghlis) identity. It turns out there is a reason why the villain isn’t acting like himself. Andre is actually a brainwashed Tony DiMera. That’s right, Tony isn’t dead like everyone thinks.

Stefano did it to implement a specific plan. The details about this are murky, but it is believed that Stefano couldn’t implement the plan before his death. Considering that Andre and Abby are practically BFF’s, it makes sense she would get involved.

Days of Our Lives spoilers reveal that Marlena had a long, complicated history with Stefano DiMera. She knew the man and was his victim, used as a pawn. To solve the mystery, Abby will need Marlena’s help. However, things could get dangerous. As secrets are uncovered, the lives of everyone in Salem will be changed forever.