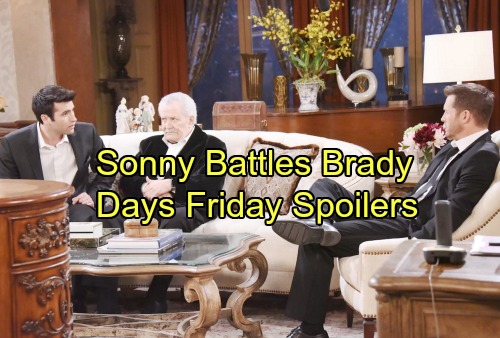 Days of Our Lives (DOOL) spoilers for Friday, October 6, tease that Nicole (Arianne Zucker) will be shocked by Chloe’s (Nadia Bjorlin) revelations. Chloe just admitted that Nicole was the reason Eric (Greg Vaughan) left, but she’ll have to clarify what that means. Nicole is at the center of the conflict, but Brady’s (Eric Martsolf) really the one responsible here.

Chloe will indicate that Brady found out about Eric’s feelings for Nicole, which led to a fierce confrontation. She’ll suggest that Brady tried to get Nicole fired, but Eric refused to force her out. That’s why Eric simply left Salem. He was hoping to stop all the hostility and give Nicole some peace.

Days of Our Lives spoilers state that Nicole will have a lot to process. She’ll be furious with Brady for manipulating the situation, but she’ll mainly have Eric’s feelings on her mind. Once she knows Eric feels the same way as her, she’ll realize she needs to track him down. 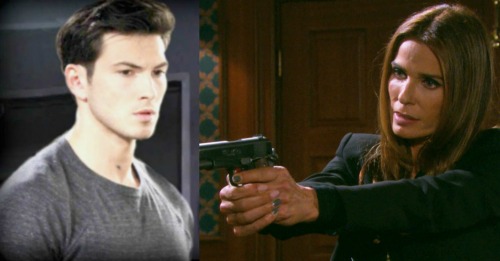 Meanwhile, Rafe (Galen Gering) will spot Eli (Lamon Archey) and Gabi (Camila Banus) during a close moment. Days spoilers say he won’t be happy about their growing bond. Eli isn’t Rafe’s favorite person, but toleration is possible with a little work. Maybe Eli can even win Rafe over down the road.

Across town, Chad (Billy Flynn) and Abigail (Marci Miller) will celebrate their recent marriage. “Chabby” fans should enjoy seeing some romance for this sweet couple. Elsewhere, the Ben (Robert Scott Wilson) drama will rev up. Marlena (Deidre Hall) will be called in for tense chat with the crazy murderer.

Days spoilers reveal that Marlena will grill Ben about Will (Chandler Massey). She’ll wonder why he’s so sure that her grandson’s alive. After all, Gabi found Will’s body and his parents cried over it at the morgue. Marlena will urge Ben to tell her how he came up with this wild idea, but he’ll only offer a few riddles.

Sonny (Freddie Smith) will continue to mull over Ben’s claims, but he’ll shift gears a bit on Friday. DOOL spoilers say Brady and Sonny will confront Victor (John Aniston) about Titan Industries. They’ll insist that Vic needs to make a decision about who’s going to lead the company.