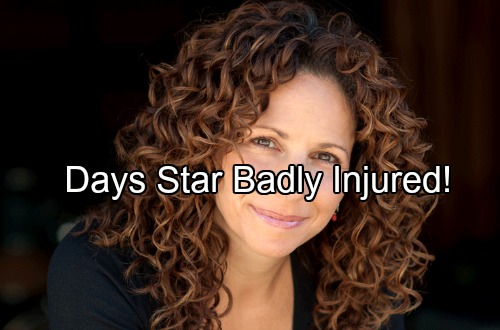 Days of Our Lives spoilers reveal that one actress on the soap has suffered serious injuries. The entire incident happened at home and could easily happen to anyone. Nearly one week later and the soap star is still trying to recover.

Meredith Lynn Scott, the woman who portrays Anne Milbauer, was tragically injured in a domestic accident. As the actress explained on her official Facebook page, she reached for the cord to her blinds. Suddenly, the whole thing came crashing down on her and slammed into her face.

Some call it a freak accident, but things like this happen more often than people realize. The anchors that hold blinds up can be very heavy. Six days after the traumatic injury and Meredith Lynn Scott’s face is still healing. 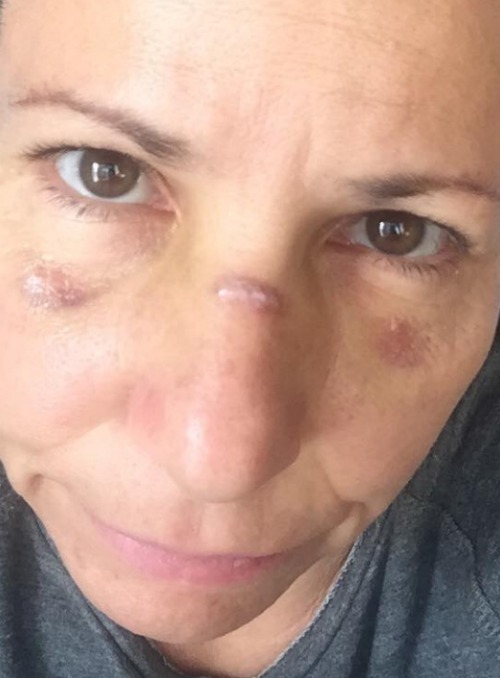 The actress was cast as Anne Milbauer in September 2016. Most of her scenes involved Theresa Donovan (Jen Lilley.) The two often schemed together and it mostly had to do with getting back at Jennifer Horton (Melissa Reeves.) At least until Theresa realized she had a son with Brady Black (Eric Martsolf.) After that, their relationship changed because Theresa wanted to become more responsible.

Following Jen Lilley’s exit from Days of Our Lives, spoilers revealed that Anne would get a crush on Lucas Horton (Bryan Dattilo.) Her antics were hilarious, especially when she tried to force a passionate smooch on him in public. She even went as far as to climb in his lap. Keep in mind that at the time, Lucas and Adrienne Kiriakis (Judi Evans) were still madly in love.

Since then, Anne hasn’t been seen on the soap. There is no word on if she will make an appearance in the future. However, fans are hoping that one day, Anne will return to Salem. Viewers are also interested in her backstory and what makes the woman tick.

Even though Meredith Lynn Scott did receive a traumatic injury, she is keeping her sense of humor. We hope that she recovers quickly from her wounds. In the meantime, keep watching the NBC soap and check bac with CDL for the latest Days of Our Lives spoilers, updates and news.