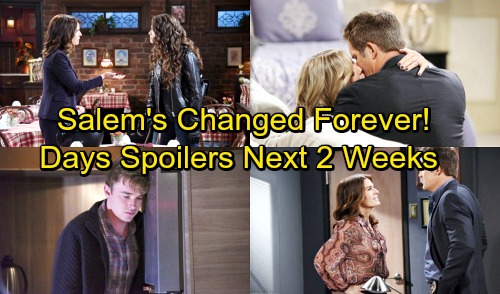 Days of Our Lives (DOOL) spoilers for the next two weeks tease that we’ll see some Salem shockers. The week of November 27-December 1 will bring several heated confrontations. For starters, Abe (James Reynolds) will berate Hope (Kristian Alfonso) for giving JJ (Casey Moss) a mere suspension. He’ll bark orders and insist on kicking JJ off the force entirely.

When Hope refuses to fire JJ, Rafe (Galen Gering) will eventually get the police commissioner job. Days of Our Lives spoilers say Hope will hit the roof and their relationship will completely fall apart. Rafe will rant about how he’ll never be Bo (Peter Reckell) and Hope will concede that he’s right. 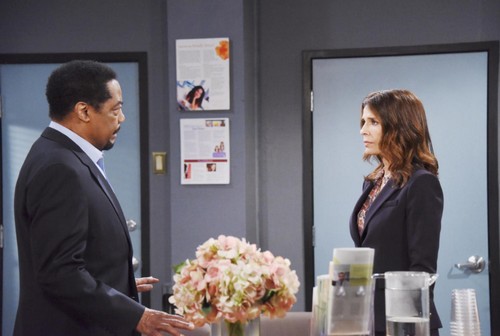 Later, Jennifer (Melissa Reeves) will listen to Hope’s problems and offer some comfort. Once Ciara (Victoria Konefal) returns, she may chime in on Hope’s issues as well. Meanwhile, Sami’s (Alison Sweeney) scheme to jog Will’s (Chandler Massey) memory will go awry. Ben (Robert Scott Wilson) will reenact the murder in a controlled environment, but the ordeal will become too much for him.

After Will gets updates on Sami’s plan, he’ll declare that he doesn’t want any contact with her. Days spoilers say Sami will end up in Rafe’s (Galen Gering) arms a little later. The week of December 4-8 will deliver a steamy love scene for “Safe” fans. Sami and Rafe will have some hot sex to cover up their pain.

Other DOOL spoilers state that Ciara will have a somber visit with Theo (Kyler Pettis). She’ll stop by the hospital and grow quite concerned about Theo’s condition. Across town, Shawn (Brandon Beemer) and Belle (Martha Madison) will catch up with their loved ones. During a conversation with Will, Belle will accidentally spill the beans about something.

Will Belle mention that Will cheated with Paul (Christopher Sean)? He’ll certainly be taken aback by Sonny’s (Freddie Smith) devotion if Belle blurts that out. Afterward, Days spoilers say Sonny will choose the man he wants a future with. Paul could be disappointed if things follow the predictable pattern. 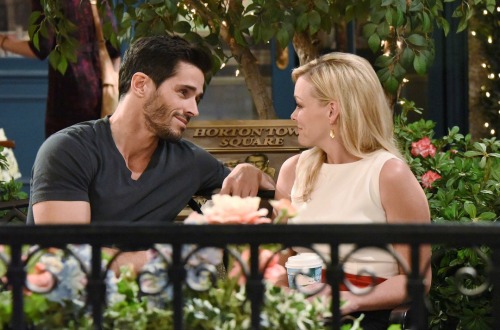 Elsewhere, Eli (Lamon Archey) will do some digging. Brady (Eric Martsolf) has renewed Eli’s interest in Deimos’ (Vincent Irizarry) murder case, so it sounds like trouble’s brewing. Victor (John Aniston) and Brady will definitely have a mess to clean up.

Eve (Kassie DePaiva) will also get in on more Kiriakis conflict this week. DOOL viewers can expect some tense moments at the mansion. Eve will strut around like the owns the place, but Maggie (Suzanne Rogers) will try to shut down Eve’s power trip. Days of Our Lives spoilers say a fierce faceoff is on the way.

It looks like the next two weeks will involve plenty of fun drama. We’ll keep you posted as other news comes in. Stick with the NBC soap and don’t forget to check CDL often for the latest Days of Our Lives spoilers, updates and news.