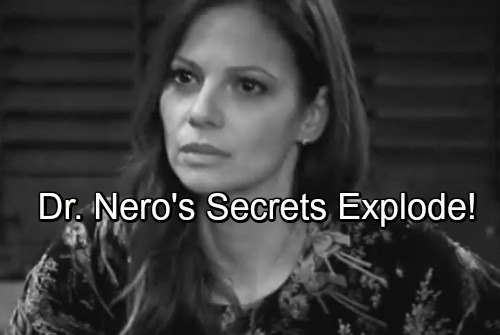 The latest GH promo shows Braun with a stunned expression. She’ll rise to her feet as she tries to wrap her head around what’s in front of her. It appears Kim may see Patient Six at Carly’s (Laura Wright) Thanksgiving gathering. She should recognize him as her former flame and Oscar’s father.

Of course, current Jason once had the same face as Patient Six. That could lead to major confusion for Kim and everyone else. Once Kim gets over the initial shock, Patient Six may want to ask her a few questions. 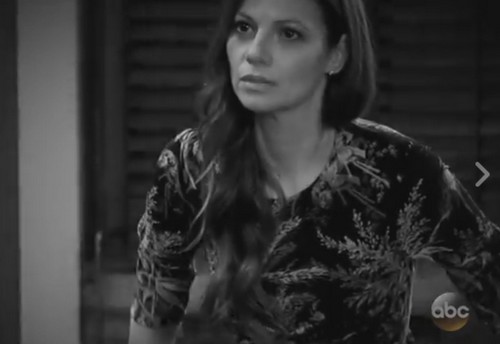 Kim may admit she had a romance with Drew, which could provide some crucial clues. She might try to stay tight-lipped about Oscar’s paternity, but it won’t take Carly long to figure it out. You can bet that Carly will pressure Kim for additional info. She’s desperate to help Patient Six and Kim could hold the key to proving which twin is Drew.

However, it seems Kim could have other secrets buried deep in her past. Why has Kim been so reluctant to talk to Oscar about his dad? Some might argue that Kim was simply hurt by the breakup, but what if there’s more to the story?

Frank Valentini, GH’s executive producer, offered some interesting hints about Braun’s return in a recent issue of Soap Opera Digest. “Her character is full of surprises,” Valentini said. He added that “…the audience is in for a great ride.” 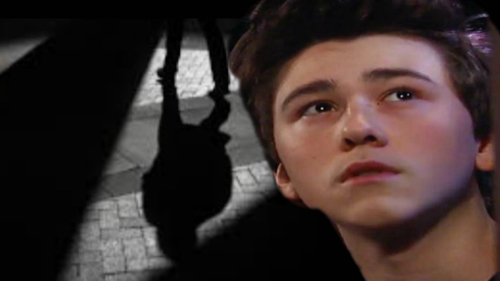 Again, there’s no official confirmation that Braun is Kim, but everything adds up. It’s probably safe to assume it at this point. General Hospital spoilers hint that that some huge twists are on the way, so what if Kim is hiding something a bit sinister? Kim may worry that her own history is going to come back to haunt her.

General Hospital could’ve chosen any profession for Kim, but they decided to make her a doctor. It’s possible that she’ll work at GH down the road, but there could be another big reason why Kim is a doc. Did she play a role in the memory study? Could she have serious regrets about messing with her ex’s mind?

Those possibilities certainly can’t be ruled out. GH is giving us quite a tale and it’s only going to get crazier in the weeks ahead. We’ll give you updates as other news comes in. Stick with the ABC soap and don’t forget to check CDL often for the latest General Hospital spoilers, updates and news.