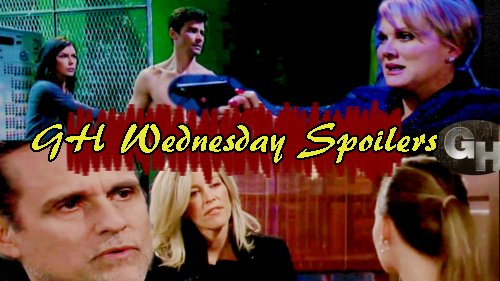 General Hospital spoilers for the new GH episode on Wednesday, March 8 reveal Griffin Munro (Matt Cohen) has figured out what Olivia “Liv” Jerome’s (Tonja Walker) game is and will play along to try and get the better of her. Liv was trying to bring Duke Lavery’s (Ian Buchanan) soul into Griffin’s body.

Griffin knows this and convinces her that he’s Duke back from death to be with her. Anna Devane (Finola Hughes) is week from her treatments for blood cancer and Liv has the better of her. Liv has her at gunpoint ready to kill her to get rid of her once and for all.

Griffin pretends to be Duke and tries to talk her down. General Hospital spoilers say the doc will get between Anna and Liv and try to get her to put the gun down. Liv doesn’t want to let Anna live. She seems to think if Anna is alive, Duke might return to Anna instead of Liv.

Liv says Anna has to die. GH spoilers ask if Griffin will take a bullet to save Anna or will the PCPD do their job and get there in time to help? Jordan Ashford (Vinessa Antoine) grills a barely lucid Julian Jerome (William deVry) about his sister and what her plans are. 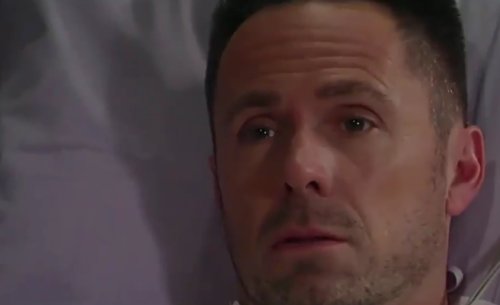 Julian tells Jordan all that he knows but he doesn’t know it all. Jordan asks if Griffin might be in danger from Liv. In addition to the hospital drama, there’s trouble in two other locations – the courthouse and at Nelle Hayes’ (Chloe Lanier) place.

Nelle faces off with Carly Corinthos (Laura Wright) again and Carly issues a threat. Carly tells Nelle if she goes near her family again, there will be hell to pay. Nelle smirks in reply and General Hospital spoilers know you can bet she won’t abide by Carly’s demands. 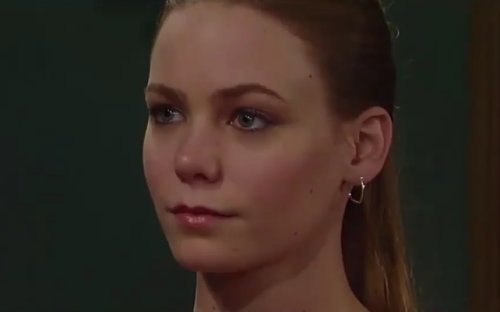 Carly also wants to know more of the truth from Nelle about her father. Is this the time for Nelle to show her the letter and rattle to substantiate her claims that Frank Benson told her Carly demanded a kidney for Josslyn Jacks (Eden McCoy)?

Sonny Corinthos (Maurice Benard) talks with Michael Quartermaine (Chad Duell) and tells him he’s sorry. Is Sonny apologizing for “sleeping” with Nelle now that he knows Michael has feelings for her? Whatever Sonny says, Michael doubts what he hears. 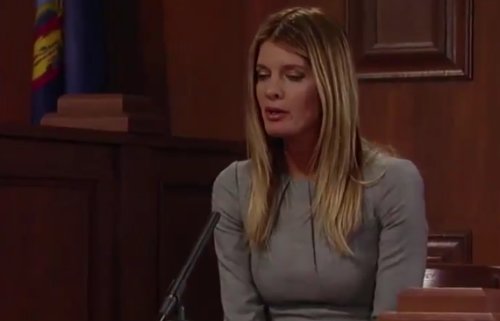 In the courtroom, Nina Cassadine (Michelle Stafford) shows up and Laura Spencer (Genie Francis) hopes she’s there to take down Valentin Cassadine (James Patrick Stuart) but Laura could be wrong. Laura tells Lulu Spencer (Emme Rylan) things will work out as they should.

Nina is called to the stand and says she’s ready to tell the truth about her marriage. Laura is hopeful but it seems like she took the wrong approach with Nina. She underestimated Nina who will take sides with her husband. Nina doesn’t want to lose Charlotte Cassadine (Scarlett Fernandez). 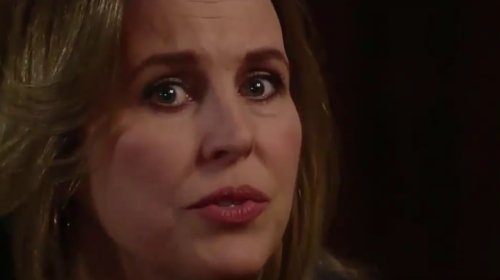 Nina also knows there is no way she will get time with Charlotte if Lulu wins sole custody. No matter her anger at Valentin over Anna, Nina will stand by her husband and Laura will not be pleased. Things will continue to get twisty at the custody trial this week.