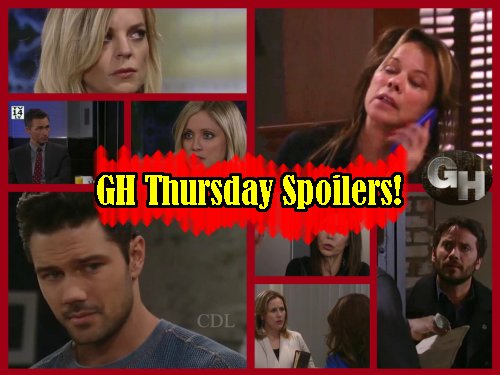 But Anna still hasn’t unlocked the key to their shared past so Valentin will keep the upper hand for now. He challenges her and Anna is uncomfortable. Anna will be stunned to learn that Valentin is a newlywed and other news related to him. 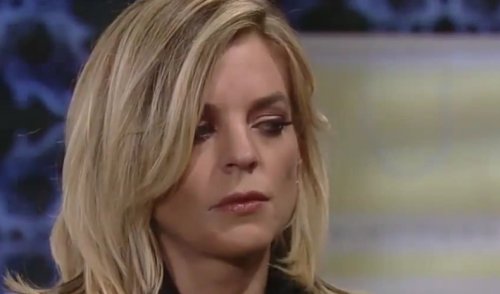 Nathan West (Ryan Paevey) and Maxie Jones (Kirsten Storms) are back in Port Charles and Lulu Spencer (Emme Rylan) stops by Maxie’s place to hear what they found out about Claudette Bolland (Bree Williamson). It’s stunning.

Lulu doesn’t believe Claudette committed suicide – and neither should GH fans since the Canadian cop that told them is on Valentin’s payroll. Lulu says Claudette crossed Valentin and since he’s a killer, he probably killed her too. 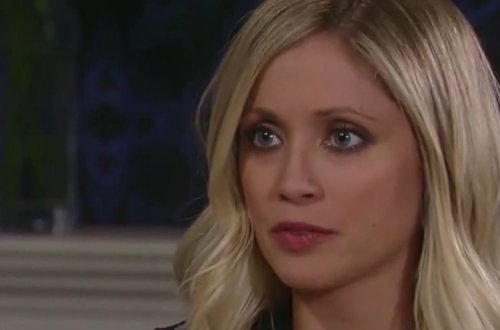 Lulu is sick of all the games and with Claudette out of the picture, she wants Charlotte Cassadine (Scarlett Fernandez) to know that she’s her bio mom and will soon push for the reveal to come out but it might not go the way Lulu wants.

Dante Falconeri (Dominic Zamprogna) and Jordan Ashford (Vinessa Antoine) come knocking at the door of Franco’s (Roger Howarth) art studio and tell him they’re looking for evidence to connect him to the murder of Tom Baker (Don Harvey). 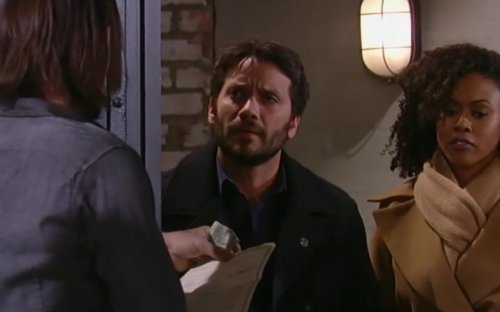 Will Franco stick to what he told Kiki Jerome (Hayley Erin) and won’t mention what he knows about Alexis Davis (Nancy Grahn) and the sicko rapist? Will Jordan and Dante find a knife similar to the one that killed Tom at Franco’s studio?

Over at GH, Laura Spencer (Genie Francis) and Liz Webber (Rebecca Herbst) have another run in and talk about Franco. Liz finds out about the search warrant and Laura asks her if she thinks Franco will be arrested for Tom’s murder. 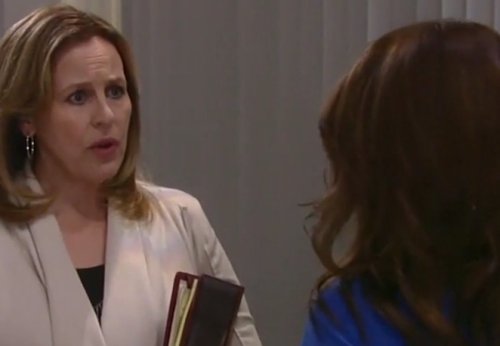 Liz believes in Franco’s innocence but the PCPD has a long history of wrongful arrests, so she has to be scared for her boyfriend. Liz questions how much influence she has on Franco and his choices. Laura has more advice to offer Liz.

Alexis is ready to turn herself in. She can’t take more taunting from ghost Tom and is in the throes of alcohol withdrawal and is falling apart. Julian Jerome (William deVry) confronts her as she grabs the phone to call the cops. 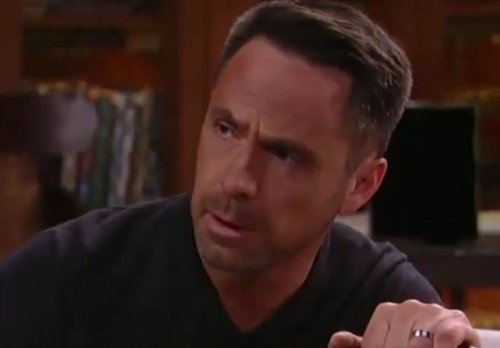 Julian tries to comfort Alexis after calming her down. The problem is that Julian is the only one that knows all her dirty secrets and can comfort her but Julian is the last person that Alexis wants comforting her in her time of need. But he’s all she’s got.

GH spoilers predict hot action going into the end of the week including hasty wedding plans for Naxie. Share your comments below on the coming action for the Thursday, January 12 GH episode.

Tune into CDL every day for the latest General Hospital spoilers, news, updates and more to stay up to date on the ABC soap.