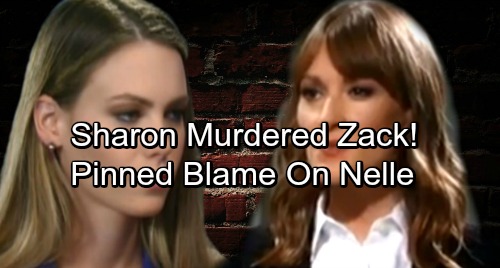 General Hospital (GH) spoilers tease that Nelle (Chloe Lanier) will face a huge mess thanks to Sharon Grant. Zack’s sister is determined to make Nelle pay, but something feels a little off. For starters, Sharon seems super shady. Many GH fans aren’t buying her crocodile tears and unfounded accusations.

General Hospital has spent months trying to redeem Nelle. Why throw that away now? When Nelle told the story of what happened in Maine, it seemed legit. We’ve all seen plenty of Nelle scenes and it’s usually easy to spot her lies. Nelle looked genuinely distraught about Zack’s fate and the thought of losing Michael (Chad Duell).

Plus, we’ve watched Nelle repeatedly pass up chances at money and gifts. She could’ve blackmailed Sonny (Maurice Benard) for cash after she pretended to sleep with him. Nelle also could’ve taken Jax’s (Ingo Rademacher) offer to leave town in exchange for a hefty sum. 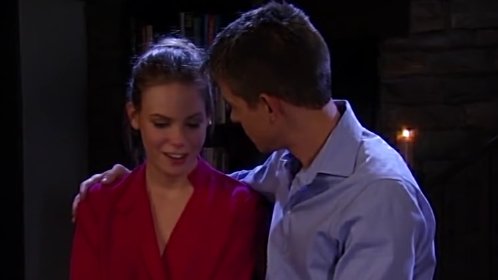 After Michael set up a job for Nelle at ELQ, she turned that down as well. Nelle even refused to let Michael buy the dress she wore to GH’s last wedding. Now Nelle insists on paying Michael rent for the apartment he purchased. Does any of this sound like a gold digger?

If Nelle was so focused on Michael’s fortune, wouldn’t she be taking advantage of it? Nelle wouldn’t need to marry and kill Michael to get his riches. She could just be with him and let him pamper her.

Sharon suggested that Nelle slowly turned her brother against his family. She claims Nelle convinced Zack that they all thought his fiancée was trash. Sharon quickly added that it wasn’t true, but Nelle was probably right. After all, Nelle’s currently facing that kind of treatment. Bobbie (Jacklyn Zeman) literally called Nelle “trailer trash” during their last chat. 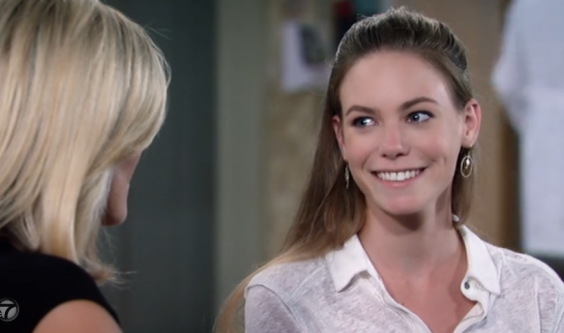 Sharon’s argument just isn’t holding up. It’s entirely possible that Sharon is the guilty one here. Did Sharon kill Zack and try to pin it on Nelle? Sharon might’ve wanted Zack out of the way so she’d get their parents’ full inheritance.

General Hospital spoilers hint that they could even go for another angle. What if Sharon was so full of hatred that she actually tried to murder Nelle? If the plug was removed from the wrong kayak, Zack could’ve drowned by mistake. Sharon might blame Nelle for the botched scheme.

It’s also possible that Zack faked his death to get away from the crazy Grant clan. If his other family members are half as melodramatic, maybe Zack just couldn’t take it anymore. Regardless, Nelle may be innocent this time around.

Do you think Sharon is the one behind Zack’s death? What else does she have up her sleeve? We’ll give you updates as other GH news comes in. Stay tuned to the ABC soap and don’t forget to check CDL often for the latest General Hospital spoilers, updates and news.