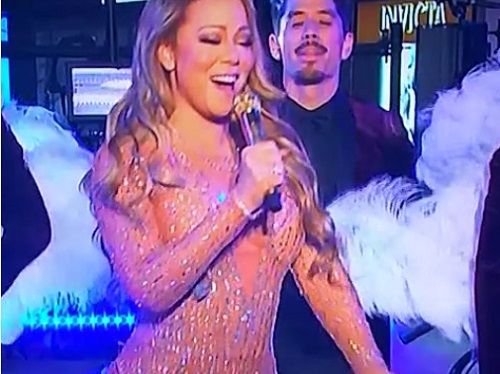 Mariah Carey is in absolute meltdown mode after her disastrous New Year’s Eve performance in New York City’s Times Square. A humiliated Mariah had quite the meltdown after several stage malfunctions turned her performance into a train wreck. Mariah looked visibly flustered when she struggled to lip-sync to her hit songs ‘Emotions’ and ‘We Belong Together’ in front of millions of television viewers.

Reports indicate that Mariah at one point stopped singing altogether. She paced the stage and even told the audience to finish the lyrics for her. She even told the crowd, “I’m trying to be a good sport here. We’re missing some of these vocals, but it is what it is.” 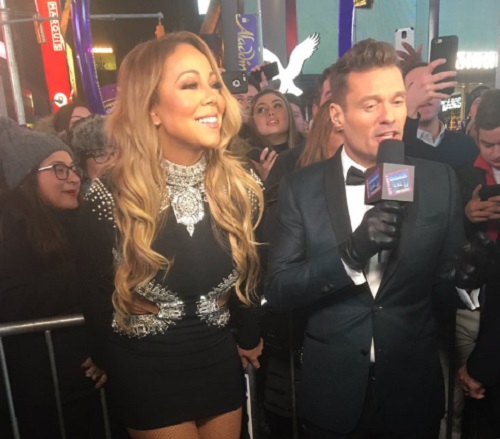 During another malfunction, Mariah stopped singing again. She lowered the microphone from her mouth even though the music and vocals kept playing, indicating that she was indeed lip-synching on stage. Eyewitnesses say Mariah was even heard saying, “It just doesn’t get any better.”

After her botched performance, Mariah left the scene in complete meltdown mode. In fact, some critics are calling this one of Mariah Carey’s most disastrous performances of her career. Some fans are even calling for Mariah to take a break from the spotlight. Insiders even say that Mariah’s record label is in panic mode after her painful gaffe. After all, the performance was seen by millions of people from all over the world.

If that weren’t enough, the Internet has been having a field day by poking fun of Mariah and her performance. Fans have been uploading clips of themselves singing to Mariah Carey songs off-key. Others have been posting embarrassing memes and one person even wrote, “R.I.P. to Mariah Carey’s career.”

Mariah, for her part, tweeted after the performance, “Shit happens. Have a happy and healthy new year everybody! Here’s to making more headlines in 2017!”  So far Mariah has not made any additional comments about her New Year’s Eve performance.

So does this mean that Mariah’s career is in fact over? No one knows for sure. But one thing is for certain: Mariah’s fans and critics won’t forget about her on-stage lip-syncing for years to come. Do you agree? What do you think of Mariah disastrous performance? Should Mariah consider taking a break from her career?

Drop us a line with your thoughts in our comments section below. Also, check back with CDL for all the latest news and updates on Mariah Carey right here. 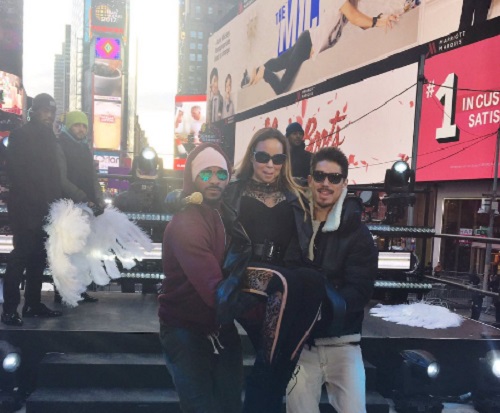 Shit happens 😩 Have a happy and healthy new year everybody!🎉 Here’s to making more headlines in 2017 😂 pic.twitter.com/0Td8se57jr