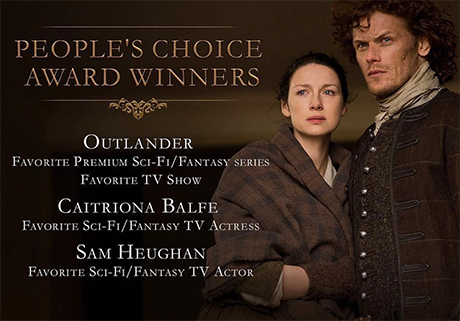 Fans are absolutely disappointed that Sam Heughan and Caitriona Balfe failed to attend the People’s Choice Awards this week. In fact, many are gutted that the ‘Outlander’ co-stars weren’t there to pick up their trophies at the show. Instead, Sam and Caitriona shared a short video thanking their fans for their trophies. 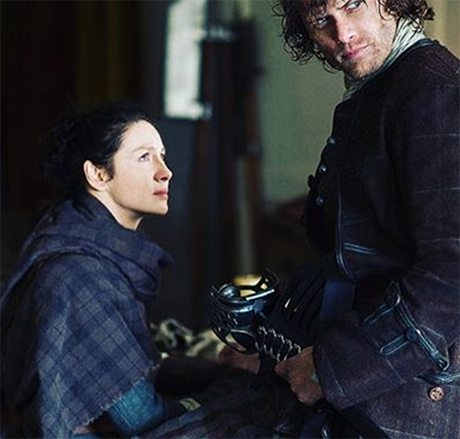 Considering that it was such a huge night for ‘Outlander,’ many are surprised that Sam and Caitriona skipped out on the awards show. Instead, they filmed a short video with Caitriona explaining, “We wish we were there. We’re here busy filming that’s why we couldn’t make it. But we definitely have the best fans.”

Everyone has been guessing about Sam Heughan and Caitriona Balfe’s relationship status. But because they do such a good job of hiding the real truth from the media, know one knows what is really going on.

Of course, fans want to see Sam Heughan and Caitriona Balfe on the red carpet together. It’s been rumored for months now that they are hiding a secret romance from the media. They’ve been openly flirtatious with one another in their interviews. Some fans even believe that Sam and Caitriona might not be telling the truth about their off-screen relationship. 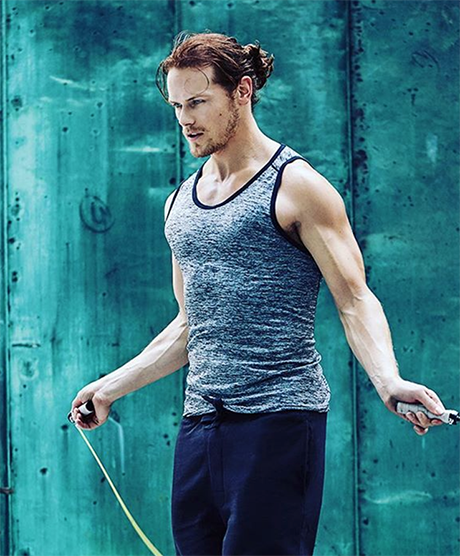 Tell us, are you disappointed that Sam Heughan and Caitriona Balfe failed to attend the People’s Choice Awards this week? Do you think they are purposely trying to avoid appearing on the red carpet together? Let us know what you think by dropping us a line with your thoughts in our comments section below. Also, don’t forget to check back with CDL for all the latest news and updates on Sam Heughan and Caitriona Balfe right here!