The Bold and the Beautiful Spoilers: Bill’s 5 Revenge Power Plays – Bombshells That Will Destroy Liam’s Life 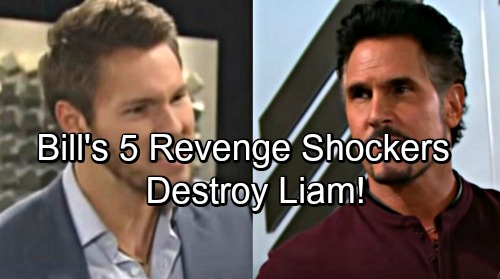 The Bold and the Beautiful (B&B) spoilers tease that Bill’s (Don Diamont) plan is taking shape. He’s ready to make Liam (Scott Clifton) sorry he dared to cross his father. By the time Bill’s though, Liam won’t know what hit him. Here are five revenge power plays that Bill’s cooking up.

1. Get rid of the recording.

Obviously, this is the most important part of Bill’s strategy. If he can get rid of the incriminating recording, Liam will lose his leverage. Without proof, there’s not a thing Liam can do to Bill. It’ll just be Bill’s word against Liam’s.

Of course, deleting the confession won’t be easy. Bill will recruit a tech expert named Ken (Danny Woodburn) to help him out. Even if Ken can’t come through for Bill, Steffy (Jacqueline MacInnes Wood) might be willing to make the recording disappear.

That brings us to the next item on Bill’s vengeful agenda. Steffy and Bill have a history together, so it won’t be hard to reignite that spark. We’re already seeing some flirting on Bill’s part. Steffy seems oblivious to Bill’s moves, but maybe she’s enjoying them too much to care.

Regardless, it’s clear that trouble is brewing. It probably won’t be long until Bill and Steffy are locking lips or more! That’s sure to be quite a blow to Liam.

Bill can tell that Liam is a bit smitten with Sally (Courtney Hope) and he intends on using that to his advantage. The Bold and the Beautiful spoilers say Bill will keep a close eye on their bond. If they cross the line, Bill will certainly squeal. If they don’t, Bill can improvise. Making Steffy believe Liam cheated wouldn’t be all that difficult. After all, she already disapproves of Sally and Liam’s close connection. 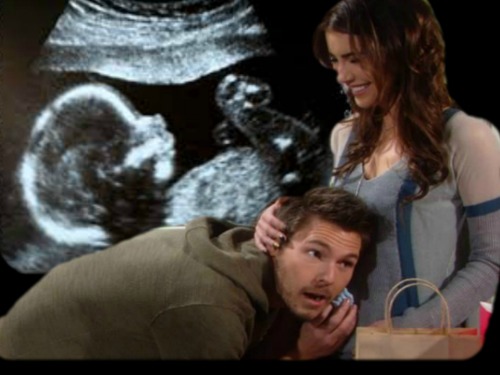 4. Take back the company.

Once Liam’s blackmail plot has been eliminated, there’ll be nothing to stop Bill from reclaiming the throne. Bill won’t want his traitor of a son to run Spencer a second longer. B&B fans can expect Bill to put some fierce effort into this. With Brooke (Katherine Kelly Lang) out of the picture, this company is all Bill has left.

If Bill manages to pull off all his power plays, you’d better believe he’ll gloat. Liam could be left broke and distraught if all goes well. Rubbing it in would be Bill’s great pleasure and could make Liam feel even worse. This is Bill’s favorite part of any victory.

This week on #BoldandBeautiful, they’re secretive, scandalous and bad to the bone!