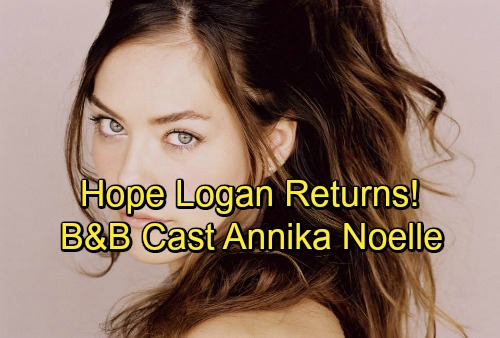 The Bold and the Beautiful spoilers indicate through various reports on social media that actress Annika Noelle has been cast as the new Hope Logan, replacing former star Kim Matula. Now that Hope’s return is reported, there’s a strong possibility that she might fight for Liam Spencer (Scott Clifton), especially since his marriage to Steffy Forrester (Jacqueline MacInnes Wood) is on the rocks.

B&B spoilers tease that while Liam’s relationship with Steffy is in trouble, Wyatt Spencer’s (Darin Brooks) love life is actually looking good. Yet, Bill Spencer (Don Diamont) has no idea that his ex Katie Logan (Heather Tom) is in a secret relationship with his son. 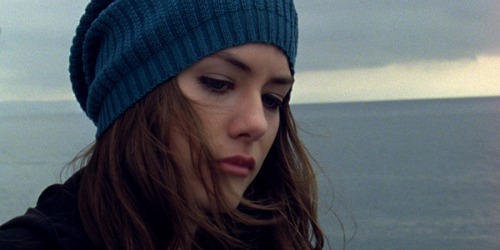 The Bold and the Beautiful will also be Annika Noelle’s debut on daytime television, although she is no stranger to Hollywood. She’s guest starred on a number of different television shows in the past, including Chasing Life, Bree Does Comedy, Evan’s Crime, and Venice The Series. She also has two television films in the pipeline, Bella Mia and Demon Lake.

So far Annika herself has not made any comments about her new role nor has CBS made any official announcement about her replacing Kim Matula as Hope. The Bold and the Beautiful airs weekdays on the CBS network. Don’t forget to check back with CDL for all the latest news, updates and spoilers on The Bold and the Beautiful and all of your favorite daytime television shows right here.

Just a Boston girl, living in an LA world… 📸:@selashiloniphoto