The Young and the Restless Spoilers: Dylan Visits Sharon on the Run From Thugs – Paul Relieved Son’s Alive 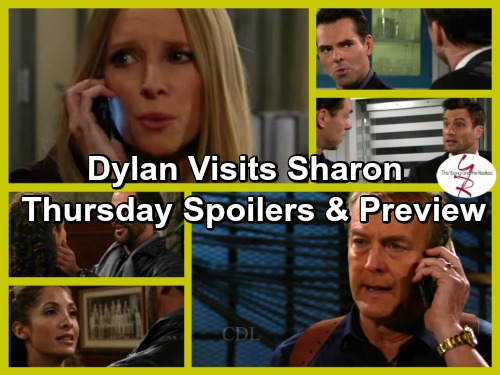 The Young and the Restless (Y&R) spoilers for Thursday, January 26, tease that Dylan (Steve Burton) will nervously explain his situation to Sharon (Sharon Case). He’ll close the curtains and reveal that Fisk’s (Scott Speiser) thugs are trying to hunt him down. Dylan will show Sharon a wound on his side, but he’ll refuse to go to the hospital.

It’s clear that Dylan wants to fly under the radar. His family means everything him and he can’t put them at risk. Dylan will dismiss Sharon’s bodyguard suggestion and insist that he has to leave Genoa City tonight. Sharon will want to go with Dylan, but there’s no way he’ll let her. She can’t leave Faith (Alyvia Alyn Lind), Mariah (Camryn Grimes) and Noah (Robert Adamson) behind. 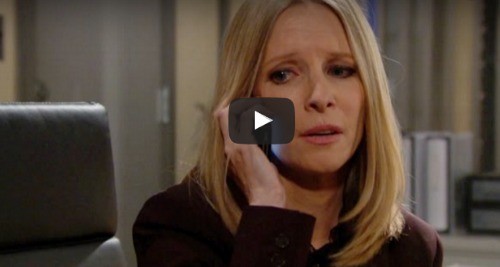 In Miami, Paul (Doug Davidson) will urge the authorities to expand the search for Dylan. After catching a flight home, Paul will show up at the police station. Moments later, Dylan will call with updates. He’ll assure Paul that he’s safe for the time being.

Other Young and the Restless spoilers state that Cane (Daniel Goddard) will rip into Billy (Jason Thompson) for blindsiding him. He’ll think it was wrong for Billy to keep him in the dark about Lily’s (Christel Khalil) offer. Billy will mention that it was Jill’s (Jess Walton) idea to use Lily as a replacement model. Since it worked out well, they decided to make the gig permanent.

After Lily interrupts their argument, she’ll have a private conversation with Cane. Lily will wonder how he really feels about her being the face of Brash and Sassy. Cane will admit that he’s still not OK with it. He doesn’t like the fact that Lily will be modeling again. 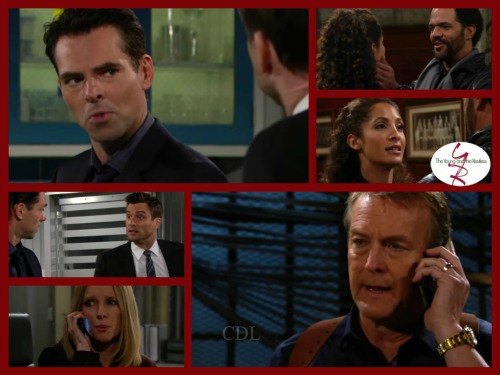 Across town, Y&R spoilers say Nikki (Melody Thomas Scott) will listen to Victoria’s (Amelia Heinle) troubles. She’ll talk about how she’s in over her head with Reed (Tristan Lake Leabu). Nikki won’t think Victoria needs to make a big deal out of all this. Reed’s behavior is typical for a teenager.

Victoria will feel like she was well-behaved as a kid, but Nikki will remind her of some wild days at boarding school. Once Victoria heads to work, Nikki will have a chat with Reed. She’ll acknowledge that Reed is having a tough time. Nikki will encourage Reed to understand that Victoria is struggling, too. He’ll appreciate Nikki’s respectful attitude.

Unfortunately, it seems Reed’s issues are only going to get worse. When Reed hangs around a group of troublemakers next week, he’ll inevitably land in hot water. We’ll keep you posted as more Young and the Restless news comes in. Stay tuned to Y&R and don’t forget to check CDL often for the latest Young and the Restless spoilers, updates and news. Come and join in the LIVE discussion on our Facebook Page!