The Young and the Restless Spoilers: Eileen Davidson’s Surprising Injury – Y&R and Days of Our Lives Star Shows Off the Damage

BY Heather Hughes on October 12, 2017 | Comments: one comment
Related : Soap Opera, Spoiler, Television, The Young and the Restless 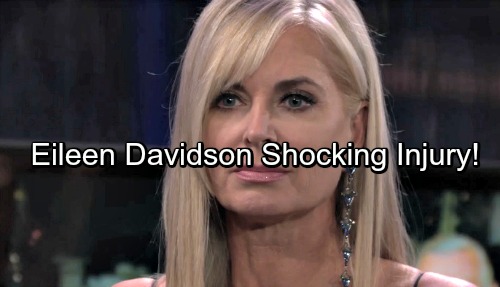 The Young and the Restless (Y&R) spoilers tease that Ashley (Eileen Davidson) is facing a major blow thanks to Graham (Max Shippee), but Davidson just faced a minor one in her personal life. During some time off in Florida, Davidson sustained an injury to her foot. She posted a photo on Instagram that shows off the damage.

Davidson wrote that Florida gave her the boot and added the hashtag “#brokentoe.” She was referring to the medical walking boot she’ll need to wear until she’s on the mend. Of course, Davidson will have to slow down a bit as she recovers. Perhaps Y&R will opt for a few more seated conversations than usual.

The Abbotts will probably need some sit-down dinners in the coming weeks anyway. The Young and the Restless spoilers suggest that Ashley’s paternity secret will cause conflict. The family members who were left in the dark may feel like Ashley should’ve trusted them. 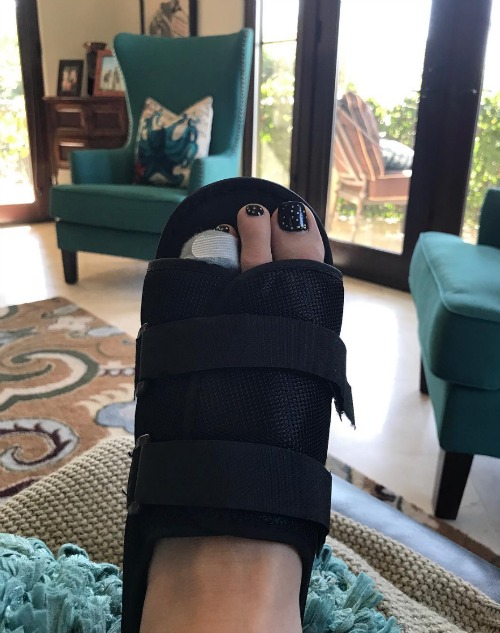 However, Ashley didn’t really owe anybody anything. Jack (Peter Bergman) knew John (Jerry Douglas) wasn’t Ashley’s biological father, but she wasn’t obligated to blab the truth to every loved one she could find. This was a deeply personal secret that Ashley wanted to keep private and that was her choice to make

Unfortunately, everything is now being forced out into the open. Dina (Marla Adams) will undoubtedly regret ever bringing Graham back to his hometown. Can Ashley forgive Dina for trusting the wrong person? Will the Abbotts be able to heal and move on? Anything is possible with time and compassion.

On another note, Davidson will also appear on Days of Our Lives pretty soon. Since DOOL tapes several months in advance, Davidson’s injury won’t affect her latest gig. The fun will play out on screen in November, but it seems Davidson has already wrapped her stint.

If you want to see Davidson playing an entirely different type of character, you should definitely check out her upcoming scenes on Days. She’ll likely reprise her role as Kristen DiMera, Susan Banks or both. These wild characters don’t have much in common with no-nonsense Ashley!

Florida gave me the boot. #brokentoe