BY Kinsley Goldman on September 20, 2017 | Comments: one comment
Related : Soap Opera, Spoiler, Television, The Young and the Restless 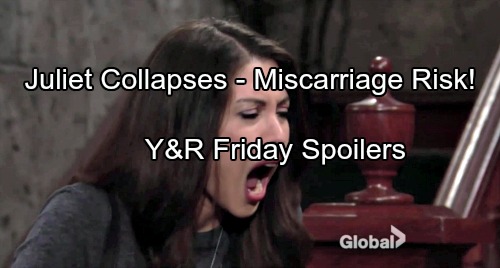 The Young and the Restless (Y&R) spoilers for Friday, September 22, tease that Juliet (Laur Allen) will have hope for the future. She’ll feel like she’s making progress with Cane (Daniel Goddard), but Hilary (Mishael Morgan) will do her best to discourage her. If Hilary wants to keep Jordan (Darnell Kirkwood) away from Lily (Christel Khalil), she needs a “Lane” reunion to happen ASAP.

Hilary will suggest that Cane only cares about the bun in the oven. She’ll think that as soon as Juliet pops out a baby, Cane’s interest will disappear. Before Juliet can give a snappy comeback, she’ll experience intense pain. It looks like some pregnancy drama is coming up. Is there a chance Juliet will face a miscarriage or at least a scare? 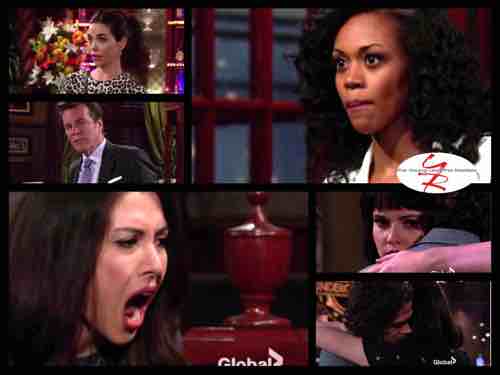 When Victoria (Amelia Heinle) runs into Jack (Peter Bergman), he’ll ask her to join him for a chat. Victoria will be suspicious, but Jack will note that they’re supposed to be friendly competitors. He won’t see the harm in having a simple conversation.

Of course, there’s no way Victoria and Jack will make peace anytime soon. They’ll just exchange veiled threats before this little talk breaks up. Phyllis (Gina Tognoni) will also find herself in a tricky position on Friday’s Y&R episode. A situation will arise where she feels the need to defend Jack. 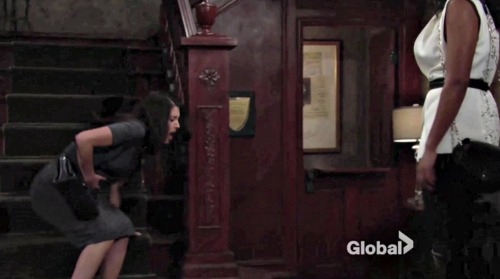 Perhaps Phyllis will think Billy’s (Jason Thompson) next round of badmouthing is unwarranted. Jack isn’t a great guy these days, but he’s not entirely to blame for the war. Billy and Victoria (Amelia Heinle) are making their fair share of questionable choices. In fact, they could make one of those on Friday. The Young and the Restless spoilers state that they’ll cross into a risky zone. 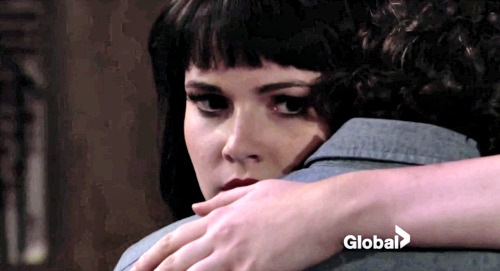 At The Underground, Scott (Daniel Hall) will fill Tessa (Cait Fairbanks) in on some important news. He’ll insist that the music promoter’s escort has a familiar face. Irv’s (Wayne Knight) “girlfriend” is actually a hooker who’s part of the sex ring.

Scott once talked to Natalia (Tina Ivlev) at the motel and she had some info on Crystal (Morgan Obenreder). He’ll let Tessa know that Irv brought the same woman, so they’ll naturally wonder if Natalia can offer new details. Maybe Tessa will steal a moment alone with Natalia at some point.