The Young and the Restless Spoilers: Jordan and Chelsea Hide Shady History – Hilary Horrified by Devon and Mariah’s Love Making

BY Heather Hughes on May 4, 2017 | Comments: 12 comments
Related : Soap Opera, Spoiler, Television, The Young and the Restless 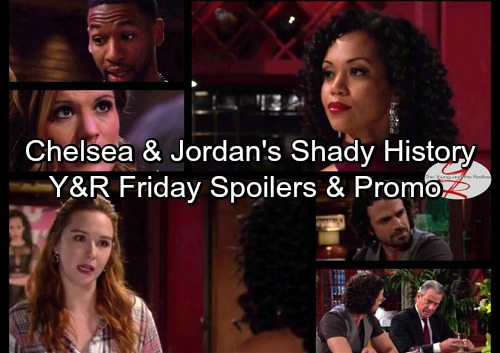 The Young and the Restless (Y&R) spoilers for Friday, May 5, tease that Victor (Eric Braeden) will run into Phyllis (Gina Tognoni) and Billy (Jason Thompson). He’ll spot them at the athletic club and they’ll all have an awkward encounter. Victor will contend that a “Philly” reunion is better than one for “Villy.” He’ll be thrilled that Victoria (Amelia Heinle) is free of “Billy Boy.”

Victor won’t like the fact that Billy intends on staying at Brash and Sassy, but he’ll just have to deal with that. The Young and the Restless spoilers say Victor will also inform Scott (Daniel Hall) that the book isn’t going to happen. Scott will protest, but Victor will believe they can find another form of repayment. 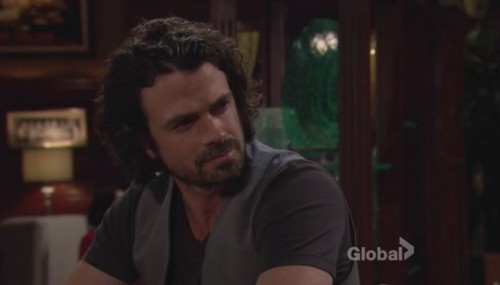 Victoria will open up to Nick (Joshua Morrow) about her regrets. She’ll wish that she could get Billy back, but she won’t be sure she can compete with Phyllis. Nick will suggest that Victoria just needs to be herself. She’s the woman Billy has consistently fallen for over the years.

At Phyllis’ apartment, Billy will once again assure her that he wants this. Victoria will call to let Katie (Sienna Mercuri) say goodnight to her daddy. Phyllis will step out and reenter wearing some sexy lingerie. They’ll get passionate as they kick off their normal relationship. 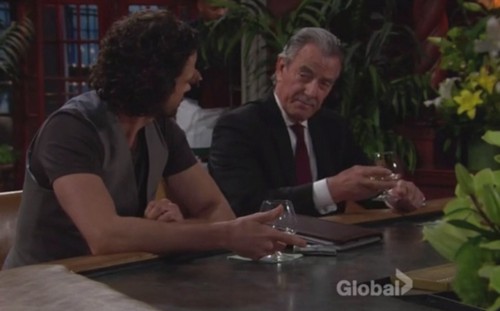 Across town, Mariah (Camryn Grimes) will rant about the jabs Hilary (Mishael Morgan) took at her on the air. Hilary will argue that she only spoke the truth. She won’t think Devon (Bryton James) is interested in Mariah romantically.

Mariah will brag about how Devon is taking her for a ride on his private jet. Later, she’ll join him and they’ll flirt on the plane. Meanwhile, an irked Hilary will let Jordan (Darnell Kirkwood) know she’s not in the mood. She’ll head over to Devon’s penthouse to reflect on the past. 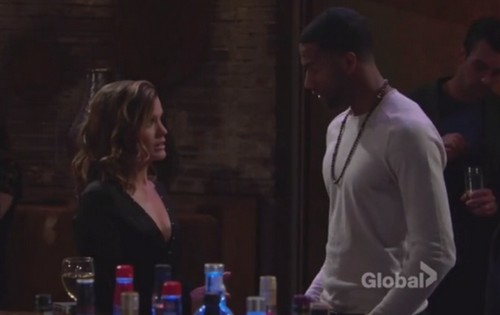 Hilary will stare at an old picture as she recalls when Devon popped the question. When she hears rustling at the door, Hilary will duck behind the bar. The Young and the Restless spoilers say Mariah and Devon will make out as they enter. They’ll take their clothes off and make love on the stairs. Hilary’s expression will turn from shock to despair. She’ll burst into tears over Devon’s new romance.

Other Y&R spoilers say Nikki (Melody Thomas Scott) will tell Tessa (Cait Fairbanks) how much she misses performing. At The Underground, Tessa will surprise Nikki by asking her to come up on stage. Nikki will have a great time accompanying Tessa on the keyboard. In the back of the room, Victor will grin at his wife’s joy. 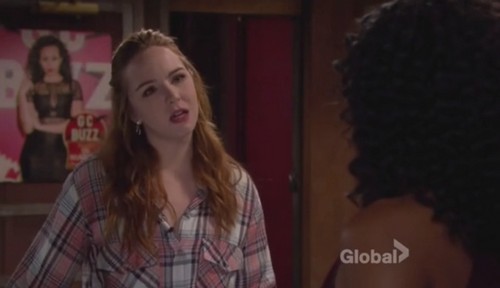 Nearby, Chelsea (Melissa Claire Egan) and Jordan will bump into each other. It’ll become evident that they have some sort of history together. Jordan and Chelsea will agree that nobody has to know about their former friendship. Chelsea will point out that their lives have changed drastically since then.

It looks like Chelsea could have trouble keeping this connection under wraps. We’ll give you updates as other news comes in. Stay tuned to Y&R and don’t forget to check CDL often for the latest Young and the Restless spoilers, updates and news.