BY Marcy Cohen on November 25, 2017 | Comments: one comment
Related : Soap Opera, Spoiler, Television, The Young and the Restless 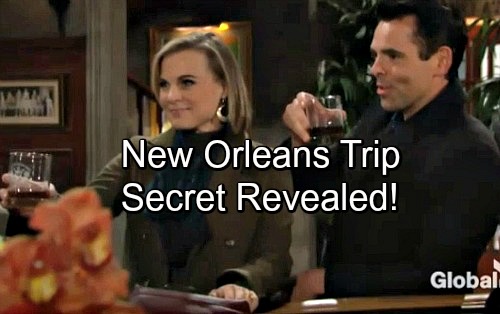 The Young and the Restless (Y&R) spoilers tease that Chelsea (Melissa Claire Egan), Nick (Joshua Morrow), Phyllis (Gina Tognoni) and Billy (Jason Thompson) will come home with a secret. They took a wild trip to New Orleans and apparently something big went down. In Monday’s episode, the whole gang agrees to never speak of a particular incident again.

What were these four up to while they were on this getaway? Let’s consider some options. Y&R could really have some fun with this. We should note that the group will be dealing with some hangovers when they return. Chelsea, Nick, Phyllis and Billy may have made a crazy decision while drunk. 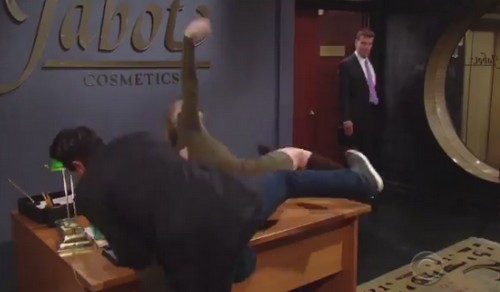 Since two couples went off on this trip, that brings up an obvious possibility. Was there some partner swapping going on? Could they have decided to be swingers for the night? Phyllis and Chelsea have had sex with both men before, so maybe they wouldn’t mind a little taste of the past. Perhaps they wanted some variety! If Nick and Billy were game, then why not?

Of course, there wouldn’t be a ton of potential fallout from that shocker. Other than being hilarious, this revelation probably wouldn’t alter the story much. The Young and the Restless spoilers say these couples will be stronger than ever in the coming weeks. If they traded partners, it doesn’t look like it sparked any temptation to continue doing so. 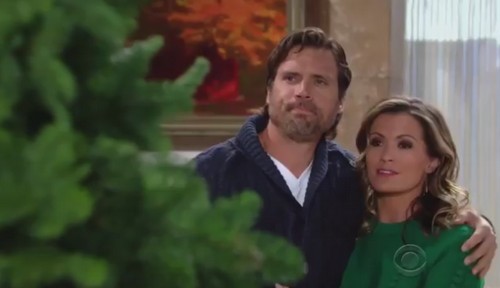 With that in mind, we should look at other possibilities. Could Billy and Phyllis have committed a crime with Chelsea and Nick? Did they do something that will eventually come back to bite them? We’re not talking anything as serious as murder. It seems the gang won’t be nervous enough for it to be something like that.

However, it could involve theft, vandalism or indecent exposure. If they were drunk, who knows what they were willing to do? This crew may have set something in motion that can’t be stopped. It’s possible they got on somebody’s bad side in New Orleans. Will they have to pay the price later or will Y&R let them sweep it under the rug?