The Young and the Restless Spoilers: Thursday, September 21 – Kevin Agrees to Steal Millions from Nick – Irv West With A Hooker 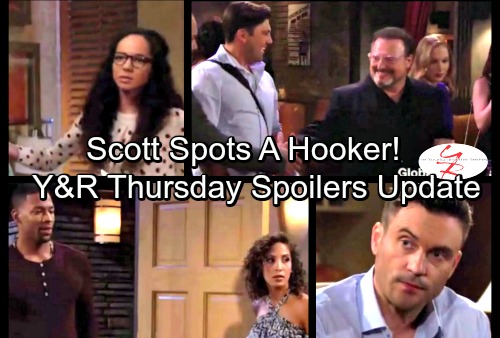 The Young and the Restless (Y&R) spoilers update for Thursday, September 21, tease that Victor (Eric Braeden) will have a stunning request for Kevin (Greg Rikaart). He’ll explain that he’s the only reason Nick (Joshua Morrow) feels comfortable financially. Victor will want to take away the $500 million Nick scored from the lawsuit. He’ll think his son should see what it’s really like to be on his own.

Kevin will worry about the feds coming after him, but Victor will eventually convince him to get on board. Still, Kevin will have concerns about Victor causing permanent damage. He won’t know if Nick could ever forgive a move like this. Victor won’t care since things seem beyond repair anyway. He’ll just be ready for a good dose of revenge.

Meanwhile, Cane (Daniel Goddard) will invite Juliet (Laur Allen) inside when she shows up with takeout. He’ll discuss his latest struggles with Lily (Christel Khalil) and the teens. Cane will seem troubled when Juliet brings up their son. She knows Cane adores Mattie (Lexie Stevenson) and Charlie (Noah Alexander Gerry), but she’ll suspect their child won’t get the same kind of love. 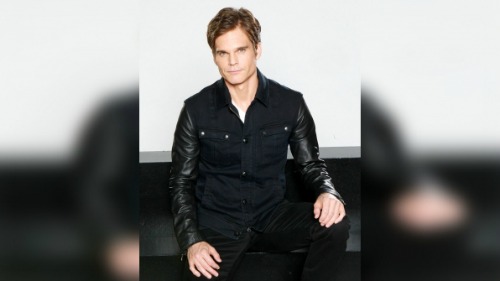 Cane will contend that it’s just a difficult situation. Because of everything that’s going on with Lily, Cane feels like he’s caught between two worlds. He’ll be sorry about any pain he’s caused, but Juliet won’t seem to mind. After she moves closer, she’ll gently kiss Cane’s cheek. Moments later, Juliet will decide to take a chance and go for the lips.

Across town, Mattie won’t be interested in Lily’s girls’ night idea. She’ll think her mom should hang out with Jordan (Darnell Kirkwood) since that’s obviously what she wants. The Young and the Restless spoilers say Lily will give Jordan updates on the issues she’s facing. It’s getting harder for her to deal with Juliet’s pregnancy. Lily will suggest that Cane’s going to be pulled in the baby’s direction.

At Chelsea’s (Melissa Claire Egan) penthouse, Noah (Robert Adamson) will bring Tessa (Cait Fairbanks) over for dinner. When Faith (Alyvia Alyn Lind) grills Tessa about her sibling, Noah will step in to handle the tricky chat. Talk will turn to Victor and his decision to kick Nick off the ranch. Noah will indicate that sometimes people mess up, but Faith will still be bummed about her grandpa’s behavior. 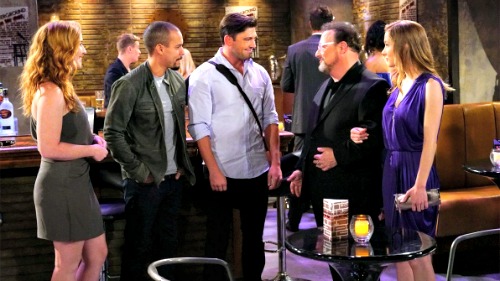 Other Young and the Restless spoilers say Sharon (Sharon Case) and Scott (Daniel Hall) will consider what else they can do for Crystal (Morgan Obenreder). Their latest car pursuit got them nowhere, but Scott will think he can reach out to a few of the girls. He could take their stories for his articles and hopefully score some Crystal info.

At The Underground, Scott and Sharon will show up for Tessa’s performance. Y&R spoilers say the music promoter, Irv West (Wayne Knight), will arrive with his “girlfriend.” He’ll introduce Natalia (Tina Ivlev) to Devon (Bryton James) and Noah while Scott looks on in shock. It’s the same hooker he talked to at the motel!

It sounds like Scott could have another shot at cracking this case. We’ll keep you posted as other Y&R news comes in. Stay tuned to the CBS soap and don’t forget to check CDL often for the latest Young and the Restless spoilers, updates and news.