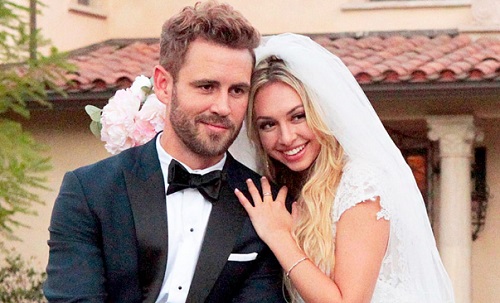 Who won ‘The Bachelor’ 2017 spoilers tease that Nick Viall’s Season 21 winner is the last woman anyone would expect.  Reality Steve’s Bachelor spoilers have been indicating for months that Vanessa Grimaldi receives Nick Viall’s final rose, and is currently engaged to The Bachelor.  However, it’s Season 21 villain Corinne Olympios that is flashing a diamond engagement ring, that looks just big enough to be from Neil Lane.

Before ‘The Bachelor’ even kicked off on ABC, blogger Reality Steve announced that Vanessa Grimaldi was the Season 21 winner.  We’re about halfway through Nick Viall’s season, and it is turning out to be anything but traditional.  And, as Season 21 winds down, it’s also beginning to look like Reality Steve’s spoilers may be wrong about who won The Bachelor and Corinne Olympios could be Nick Viall’s fiance.

Corinne Olympios has raised eyebrows since Season 21 began.  The spoiled 24 year old spends most of her days complaining about her manicure, bragging about her nanny Raquel, and stripping down for Nick Viall whenever she gets a chance.  Of course, in her free time she likes to declare wars on the other women on the show and have in-depth arguments over her “emotional intelligence.” 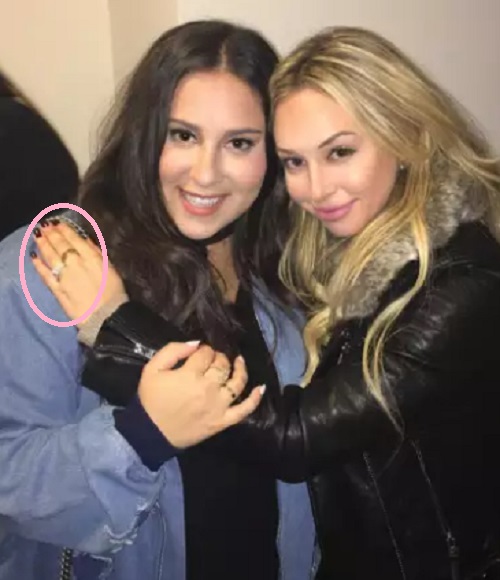 Corinne Olympios recently posed for a photo, and flashed a huge diamond on her ring finger.  Even more interesting, after Bachelor Nation went nuts over the photo, Corinne took the ring off for her next photo. Did the producers lecture her about spoiling the ending?

Even more interesting, most Bachelor contestants go radio silent on social media until after they are eliminated, Corinne on the other hand has been promoting the show more than the star Nick Viall.  she has also done numerous interviews already, including an appearance on Ellen DeGeneres.

As if that wasn’t enough clues that Corinne Olympios gets the final rose instead of Vanessa Grimaldi – it was recently revealed that Vanessa is currently living in Canada.  Wouldn’t you think she would want to be closer to her alleged fiance Nick Viall, and maybe even live in the same country as him?

What do you think Bachelor fans?  Is Corinne Olympios the season 21 winner, not Vanessa Grimaldi?  Let us know what you think in the comments below and don’t forget to check CDL for more ‘The Bachelor’ 2017 spoilers and news. 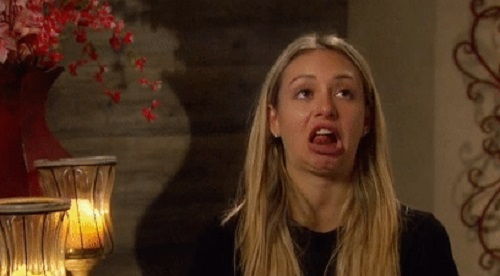