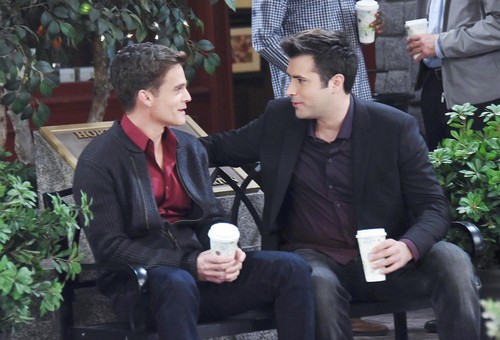 Days of Our Lives (DOOL) spoilers tease that Vivian (Louise Sorel) will put the next phase of her plot in motion. Since Will (Chandler Massey) and Paul (Christopher Sean) are heating things up, Sonny’s (Freddie Smith) decided to find someone new. He matched with a hunky guy on a dating app and eventually sent him a message about meeting up.

However, Sonny doesn’t realize that Vivian has a few tricks up her sleeve. DOOL viewers saw that she was behind the texts, so this is all a sneaky setup. On March 27, Days of Our Lives spoilers say Sonny will have coffee with Leo (Greg Rikaart) – if that’s even his real name! 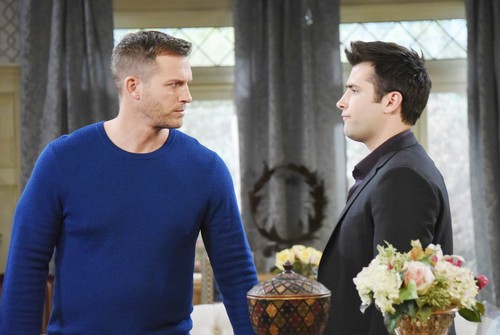 This will mark Rikaart’s Days debut and we’re lucky to have him. Rikaart also has a recurring role as Kevin on The Young and the Restless, but Y&R doesn’t let him pop in very often. Fortunately, that freed Rikaart up to play Leo in Salem.

Days of Our Lives spoilers say Leo will flirt with Sonny and do his best to score another date. He’ll secretly be working for Vivian, so this is part of her plan to take over Titan Industries. Vivian may coach Leo on how to learn crucial company secrets. She’ll be looking for any weakness that she can exploit.

Of course, Vivian may think the distraction will work to her advantage as well. If Sonny’s busy falling in love, he won’t notice what Vivian’s doing behind his back. At least that’s what Vivian will hope! 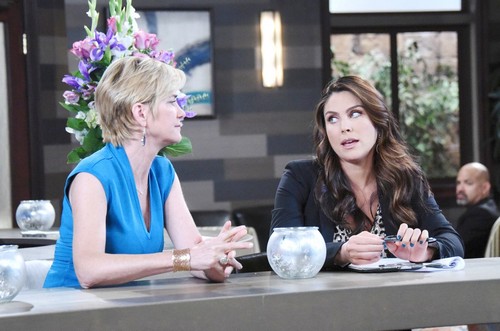 Nevertheless, Days fans can see how this scheme could go wrong. The biggest problem could be Leo’s potential feelings for Sonny. If there’s a genuine spark between them, Leo may struggle to follow through on Vivian’s orders.

Alas, Leo’s initial deception could prevent this romance from moving forward. This is a short-term arc for Rikaart, so Sonny and Leo obviously aren’t going to have some great love story. Days of Our Lives spoilers suggest that Paul may be the one to blow the lid off Vivian and Leo’s scam.

It sounds like some fun stuff’s coming up on the NBC soap. We’ll give you updates as other news comes in. Stay tuned to DOOL and don’t forget to check CDL often for the latest Days of Our Lives spoilers, updates and news.