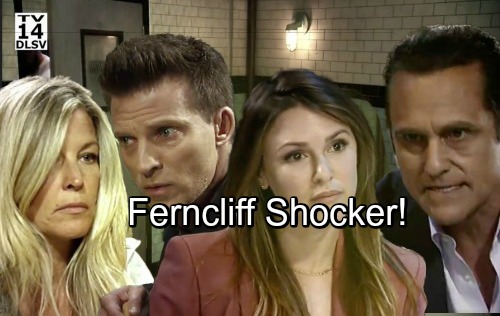 General Hospital (GH) spoilers tease in new promo video that Carly’s (Laura Wright) suffering will continue. She was thrown in Ferncliff and now Mary Pat (Patricia Bethune) seems to be targeting her. It’s easy for Carly to make enemies, but isn’t really her fault this time around. Mary Pat either feels like her power’s being threatened or has some secret reason to make Carly miserable.

Regardless, Carly will face more drama from this nurse. When Mary Pat found out that Kevin (Jon Lindstrom) adjusted Carly’s meds, she wasn’t too happy. Mary Pat told Rupert she was going to look into it, so she probably intends to provoke Carly and up the dosage again. She clearly wants Carly drugged up and out of it.

Fortunately, Jason (Steve Burton) will be there if Mary Pat crosses the line. He’ll keep doing his best to avoid detection while he monitors Carly. Over the next couple weeks, General Hospital spoilers say Jason will make some stunning discoveries. What he learns could leave him truly terrified for his bestie.

Jason will realize freeing Carly is more critical than ever. It’s time to kick his mission in gear and produce some results. GH fans can expect Jason to get in touch with Spinelli (Bradford Anderson) again. They’ll run into some snags as they try to help, but they should catch a break sooner or later.

Meanwhile, Sonny (Maurice Benard) will fume over Carly’s predicament. He’s been sidetracked by Mike (Max Gail) and the Croton chaos lately, but he hasn’t forgotten about his wife’s ordeal. Sonny will feel powerless, so he’ll eventually unload all his anger on Margaux (Elizabeth Hendrickson). General Hospital spoilers say he’ll corner her at Charlie’s Pub and unleash his wrath.

GH’s latest promo shows Sonny snarling, “You had her sent to that hellhole…” Margaux will remain calm as Sonny gets in her face to rant. He may toss around some veiled threated, but Margaux won’t let him rattle her. She’ll maintain that justice was served and try to move on with her life.

However, Margaux will inevitably face more mayhem. The same goes for Carly! Will Jason ultimately have to help Carly escape? General Hospital fans won’t want to miss the shocking scenes ahead. We’ll give you updates as other GH news comes in. Stay tuned to the ABC soap and don’t forget to check CDL often for the latest General Hospital spoilers, updates and news.