BY Kinsley Goldman on January 24, 2018 | Comments: one comment
Related : Soap Opera, Spoiler, Television, The Bold and the Beautiful 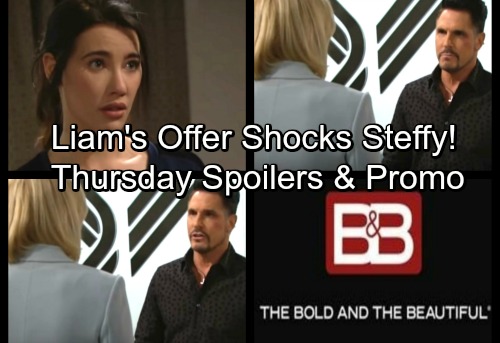 The Bold and the Beautiful (B&B) spoilers for Thursday, January 25, tease that Steffy (Jacqueline MacInnes Wood) will rev up the groveling. She just showed up to beg for Liam’s (Scott Clifton) forgiveness, so she’s hoping this could be a new beginning. Steffy will urge Liam not to give up on her. She’ll insist that they can have a bright future with their child.

Liam will listen to Steffy’s heartfelt plea and deliver a surprising reply. B&B spoilers say Liam will have other ideas about what’s next. He’s softened a bit since their last confrontation, but he doesn’t seem ready to forgive. Liam may want to nail down the details of their custody agreement instead. 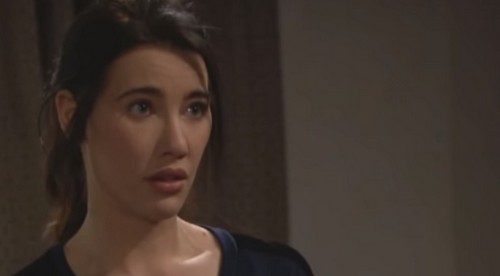 Then again, there are other options. The shocker could involve a compromise. Liam might push Steffy to sign the annulment papers before they go any further. He may be willing to keep an open mind about their relationship, but not their marriage. Steffy would be stunned about starting from scratch, but at least it’d be progress.

Of course, Liam could always play the field while he tests Steffy. Hope’s (Annika Noelle) back and the thought of being with her must be awfully tempting. It looks like Liam’s heart is already aflutter. Whatever happens, Steffy won’t get her ideal outcome anytime soon. 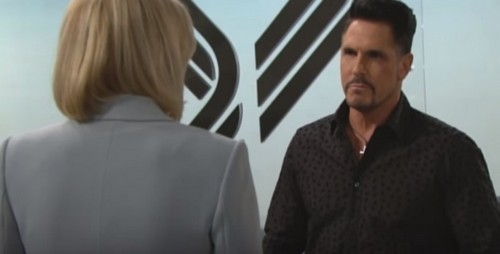 Other Bold and the Beautiful spoilers say Brooke (Katherine Kelly Lang) will rip into Bill (Don Diamont) for betraying Liam (Scott Clifton). She’ll side with Ridge (Thorsten Kaye) and argue that Bill took advantage of Steffy. Brooke will snap that Bill has no self-control. She’ll think it was cruel to show up and prey on Steffy’s weakness that night.

Bill will fire back that it wasn’t like that it all. He’ll refuse to let Brooke and Ridge turn this into something sick or sordid. Bill will maintain that it was consensual, caring sex. He’ll assure Brooke that they both wanted and needed it in that moment.