BY Heather Hughes on July 7, 2018 | Comments: one comment
Related : Soap Opera, Spoiler, Television, The Young and the Restless 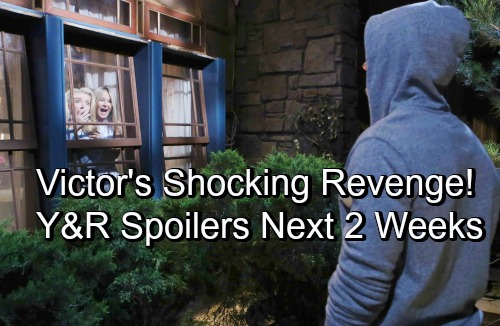 The Young and the Restless (Y&R) spoilers tease the next two weeks will bring some wild drama. For starters, the week of July 9-13 will rev up the J.T. (Thad Luckinbill) pressure. Thanks to Sharon (Sharon Case) and Nikki’s (Melody Thomas Scott) recent sighting, the cover-up crew will shift their strategy. They’ll be convinced that J.T.’s alive and back for vengeance.

Phyllis (Gina Tognoni) and Victoria (Amelia Heinle) will get the scoop on J.T.’s latest shocker. They’ll agree that they have to prepare for anything. J.T. could show up again anytime and anywhere. The girls’ night gang won’t feel safe until J.T.’s locked up. 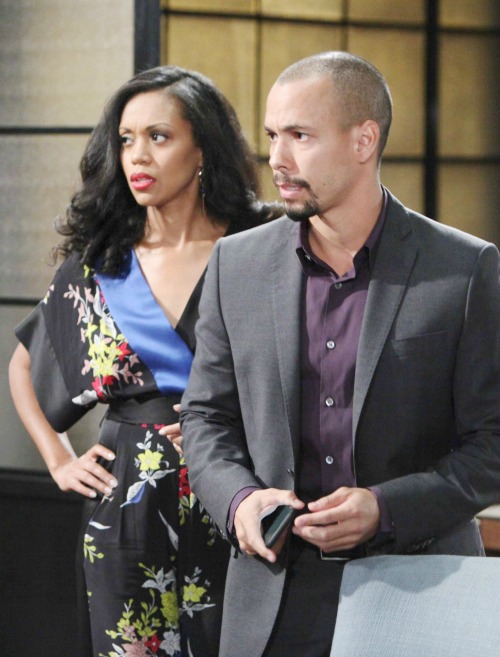 The Young and the Restless spoilers say Mariah (Camryn Grimes) will freak over J.T.’s sudden reappearance. She’ll worry that he’s armed and dangerous, but Nick (Joshua Morrow) will refuse to let his loved ones suffer again. He’ll reassure Sharon and Mariah before looking to the future. It sounds like more wedding plans will be made this week.

Over with Hilary (Mishael Morgan), she’ll turn to Nate (Brooks Darnell) when a potential disaster strikes. A baby scare will leave Hilary fearful, but Nate will check her out and give her a clean bill of health. He won’t think her sudden cramping was a big deal.

Other Young and the Restless spoilers say Victor (Eric Braeden) will get some surprising updates. A message will come in and it looks like it’ll be from bitter J.T. Despite Victoria’s warning, Victor will vow to finish this war. He’ll get ready for a startling faceoff, so Y&R fans won’t want to miss that! 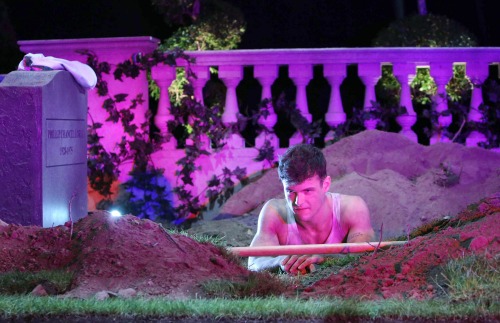 Across town, Kyle (Michael Mealor) will get arrested for digging up Phillip Chancellor’s (Donnelly Rhodes) grave. It’ll score him a scolding from Jack (Peter Bergman), but he’ll think the whole ordeal was worth it. Kyle will get an old bone out of this mess, so he’ll suggest getting a DNA test to prove Jack’s part of the family. Don’t miss Jill’s (Jess Walton) chaotic comeback a little later.

The week of July 16-20 will bring a shocker for Jack. Will he find out he isn’t Phillip’s son after all? Y&R spoilers say Jack really needs to brace for that possibility. Over with Phyllis, she’ll be brought in the loop on a secret. What will she learn and who will it involve? It’s possible Billy (Jason Thompson) will admit he lost Jaboat and needs to win it back. Billy would hate coming clean, but he may have no choice. 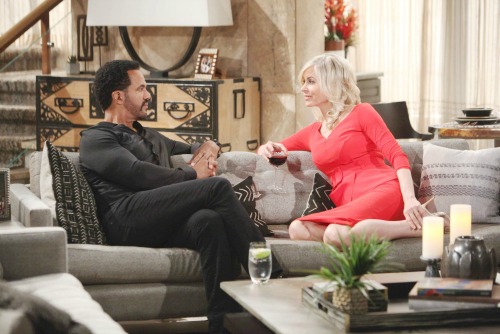 There’s also a chance Ashley (Eileen Davidson) and Neil’s (Kristoff St. John) new romance will leak out. They may not want to spread the word at first, but Phyllis tends to stumble across sexy bombshells. Meanwhile, The Young and the Restless spoilers say Victor will retaliate. Will he fight back against J.T. or perhaps his own son? Nick will still be out for revenge, so either option’s a good one.

Finally, Hilary and Lily (Christel Khalil) will face off. Their showdown could easily get nasty, which probably isn’t the best idea. Hilary’s pregnant, so this shouting match could come with major risks. We’ll keep you posted as other Y&R news comes in. Stick with the CBS soap and don’t forget to check CDL often for the latest Young and the Restless spoilers, updates, and news.