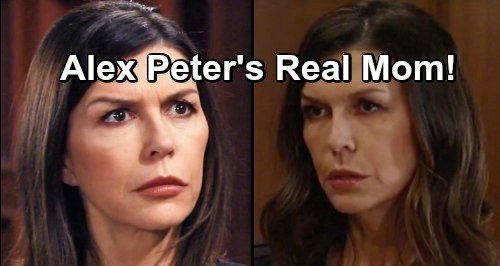 According to Robert’s notes, Anna also met with Dr. Cabot. She obviously doesn’t remember that. Anna will assure Robert that she never knew the man or worked with him in any capacity. That leaves two options to mull over. One is that Anna’s memory was altered in some way to cover it up. It’s possible she was brainwashed or partially wiped to hide any dark secrets.

However, there’s another option to think about. Anna Devane’s twin, Alex Devane Marick (Finola Hughes), was recently mentioned. Peter August (Wes Ramsey) brought Alex up just before Anna lost her sight, so that seems like a huge clue. Alex most likely posed as Anna and met with Dr. Cabot years ago.

Since Ryan appears to be genuinely oblivious, the real Dr. Kevin Collins (Jon Lindstrom) may have been the one at the other meeting. Word has it Jason Morgan (Steve Burton) could go blind because of this virus eventually. There has to be some sort of identical twin connection involved here. That’s the link that ties all these people together.

Of course, Anna may want to speak with Alex and figure out the whole truth. Some unexpected consequences could come from that. For starters, if there was some level of memory manipulation on Anna’s end, we have to wonder if GH might throw a Peter curveball. What if Alex is Peter’s mother and not Anna? It’d be a welcome rewrite for many General Hospital fans.

This will also bring unwanted scrutiny for Ryan. Even though it seems Kevin really did meet with Dr. Cabot, they’re probably going to assume Ryan did if Alex did. If the cops dig deep enough, they may realize Ryan could still be alive. That would obviously be disastrous for Ryan, who killed Peyton Mills (John Patrick Jordan) to keep that possibility from becoming public knowledge.