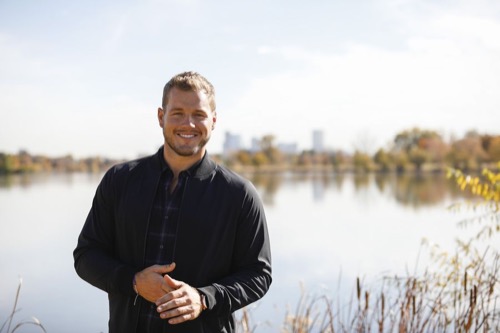 The Bachelor 2019 airs on ABC this evening with an all-new Monday, March 11, 2019, season 23 episode 11 Finale and we have your The Bachelor recap below. On tonight’s The Bachelor season 23 episode 11 “Season Finale Part 1,” as per the ABC synopsis, “Colton’s much-anticipated Fantasy Suite dates turned into a nightmare. Cassie, after talking to her father in Portugal, agonized over her decision but finally took herself out of the running for the Bachelor’s heart, leaving him shattered and so overcome that he broke down in tears, jumped a fence and disappeared into the Portuguese night.

Chris Harrison and the crew frantically searched for him. Where did he go? Did he quit the show? What happened to Hannah G. and Tayshia?”

Colton disappeared. He had put his heart on the line with Cassie only to have her break up with him and so he jumped the fence in Portugal. He just made a run for it and it didn’t even seem like he knew where he was going. Colton was in a foreign country with no actual friends on hand, so he ran away because he hadn’t wanted to stay at the designated house. Colton didn’t want to stick around feeling bad for himself or let the cameras glimpsed another intimate moment of his life and so he ran. He more or less ran directionless until the camera crews found him. Colton had been calmly walking by the side of the road when he was spotted and for a long time, he refused to engage with them.

Chris Harrison who felt like he owed some kind of responsibility to Colton had tried to get him to talk. He pushed and he pushed until Colton revealed he was done. He was done with the show because he was tired of rejection. Colton admitted that he’s put himself out there and that someone will tell him they loved him until one day they didn’t love him enough to stay. It had all gotten to be too much for Colton. He didn’t know if he could take any more rejection and so he said he was done. He was done and refused to talk anymore to Chris and so they loaded Colton into a car that was heading who knows where, but the show gave him a chance to calm down and then they sent in Chris again to talk to Colton.

Colton was in a much better state of mind with a night to sleep on it. He realized that the situation Cassie reminded him of an earlier incident and that Cassie left because she didn’t feel like she could commit to someone that was dating two other women. The relationships that Colton had with these other women hadn’t entered mindset last night and so it was a quick turnaround for him to now think of them. The two ladies left standing were both wonderful in their ways and if Colton decided to go forward with the season finale when he said he would have to be ready to fight for the person he loves. He didn’t do that with this other woman or with Cassie and so Colton didn’t want to keep repeating the same mistakes.

Colton looked within to see who really loved and the answer was Cassie. She meant the world to him and he wanted to fight for her. Before Colton could fight for the girl, he had to make his peace with the two other women at the hotel. He first went to see Tayshia. She had always been upfront with him about what she thought and how she felt. So Colton knew Tayshia was in love with him. He just couldn’t love her back the way she wanted and so he very respectfully broke things off between them. Tayshia had seen something was different when he knocked on her door and she gave him a hug to comfort him before he could even say what was wrong though he did work up the courage in the end. And he told her that he loved her despite her not being the one for him.

The odd thing about their breakup was that the whole Tayshia was being supportive. She was calming and offering him her support. She even helped to dry his tears because she could see that he was in pain and so the live show discussed this. They told her it was very rare for someone to act as a caretaker as they were being broken up with, but Tayshia said she cared about him. He had meant something to her and it didn’t matter if their relationship wasn’t going to work out. Colton has always treated her with respect and so if there was anything Tayshia wanted to know was what was missing in their relationship. She later asked Colton and he said that there wasn’t anything wrong between them. It was a simple case of closing off his heart because he knew he wanted to pursue Cassie.

Colton also had to speak with Hannah G. and that wasn’t half as easy as his discussion with Tayshia. Tayshia read his moods and sought to comfort him, but Hannah, on the other hand, had thought that Colton coming to her room meant something good. She had been working up to tell him that she loves him and so she never thought her words would come too late. Hannah saw opened the door to Colton and allowed him inside. He then sat down and once he began talking it dawned on Hannah what was happening. She couldn’t believe at first. Hannah thought that maybe his mind wasn’t set and when Colton told her that he wanted to pursue things with someone else that’s when she got angry.

Hannah cussed for a while because she was so angry. She must have felt their whole relationship has been a waste to start and so her anger, as well as her confusion, forced Colton to reconsider. He began questioning if it was wrong to end things with Hannah and the only reason he went ahead with the plan was that he knew she deserved better. She shouldn’t have to be anyone’s second choice. Hannah deserved to be loved solely and so Colton walked away for a second time. It hadn’t been as peaceful as what he had with Tayshia and again he had been left a mass of emotions. Colton and cried for a long time after breaking up with Hannah because he never wanted to hurt someone or be the person that pushes someone else away. And so he chanted Cassie’s name until he got the nerve to finally leave.

Emotions got the better of both Colton and Hannah. She wasn’t exactly over it when she came back for the live show and she said it’s been difficult since the show began airing. People have come up to her asking to see her ring and she doesn’t have one. She also didn’t get it. Hannah was told for the last couple of weeks before Colton ended things that it looked like the two of them at the end and so the breakup came out of nowhere. It blindsided her and made her feel like she could have been anyone as long as Colton got the girl he really wanted. Hannah had no reason to think differently until she watched their breakup from his side. He was upset at the time and their breakup hadn’t easily dismissed. It was something he thought about and so that came as a great comfort to Hannah.

Hannah now knows she wanted to find a guy that would jump a fence for her and so she’s looking forward to getting back out there, but at the end of their breakup, Colton had no women left to date. He was basically single again and so this season would have ended there however Colton knew he loved Cassie. Cassie left because she wasn’t sure if she was ready for a commitment and she had been happy to go home. She had missed her family and her friends. Cassie even though she was helping Colton in a way by removing herself from the equation. And so Colton following her and knocking on her door was bound to blow her a mind.

But the show was withholding what happened next for tomorrow night and so don’t forget to tune in for Part II of this heart-rending season finale!