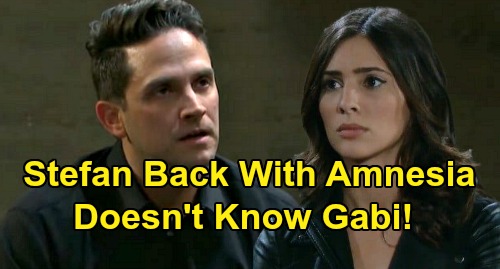 Days of Our Lives (DOOL) spoilers tease that Brandon Barash (Stefan DiMera) is set to make his big comeback around April 2020. With that in mind, it’s time to start thinking about the circumstances surrounding Stefan’s absence and how he’ll return to Days. DOOL will have plenty of questions to answer – starting with the most important one: Is this the real Stefan?

When a soap character is killed off, sometimes he or she’s brought back in the form of a twin or unrelated lookalike. We can seemingly rule out the unrelated lookalike option since Louise Sorel will reprise the role of Vivian Alamain by around mid-summer. There’d be no need for Stefan’s mom if he wasn’t the real Stefan or a twin.

Of course, Vivian would know if Stefan had a twin brother, so this is either something she kept a secret or we can rule the twin thing out, too. We’d say it’s the latter since people want the real Stefan and are hoping to see him reunite with Gabi Hernandez (Camila Banus). It wouldn’t make sense for Vivian to keep twin news to herself anyway.

So it’s settled that this will almost certainly be the one and only Stefan DiMera, but will he know who he is?

Amnesia is a common side effect of Dr. Wilhelm Rolf’s (William Utay) serum, so there’s a good chance we’re gearing up for another memory loss storyline. Stefan probably recovered during the offscreen time jump year and is now living somewhere with no idea who he really is.

Dr. Rolf claimed he couldn’t save Stefan, but get real! Anyone can be saved by Rolf’s twisted medical magic. Stefan was apparently swapped with a doppelganger or someone wearing a realistic mask before his heart transplant.

Since this is presumably the real Stefan, his heart obviously can’t be the one Julie Williams (Susan Seaforth Hayes) received.

There’s no word on where Stefan is, but the first clue about Barash’s return came in the form of a blurry picture. It could offer some storyline hints as well. 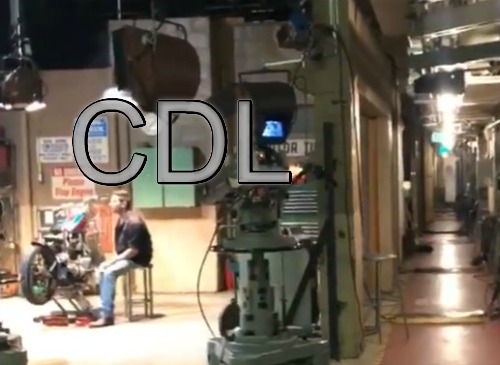 A day player posted the pic in an Instagram story – and it appears to show Barash on a small bike shop set. It’s hard to tell for sure if it’s Barash, but it’s widely assumed that it is since we later got confirmation that he was indeed back.

If so, Stefan’s wearing casual clothes and sitting next to a motorcycle. Stefan is a suit-and-tie kind of guy – and definitely isn’t someone we’d normally think about getting on a motorcycle or getting his hands greasy. He’s a corporate hotshot!

It seems likely Days of Our Lives writers will make the character quite different with his memory loss – much like they did with Will Horton (Chandler Massey) and Jack Deveraux (Matthew Ashford).

Stefan may have a very different personality until he returns to normal. The long road back to remembering Gabi and their love story should be a fascinating one to watch!